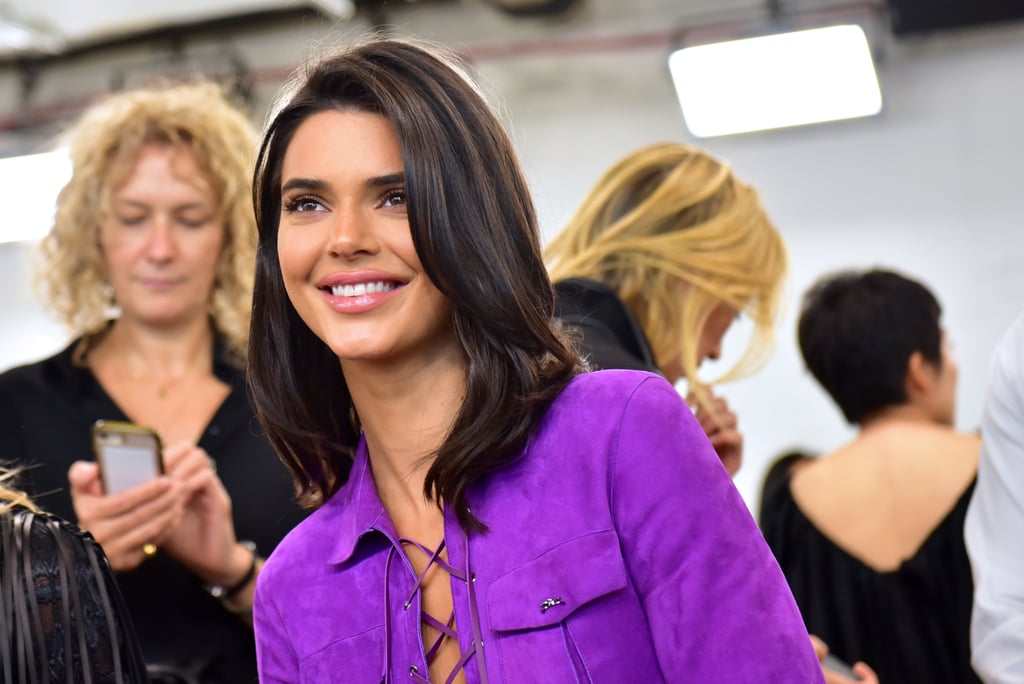 Kendall Jenner is sitting on the sidelines this New York Fashion Week. While attending the Longchamp show on Sept. 8, the 22-year-old model spoke to W about her noticeable absence from the runway and said she is taking some time for herself. "It's always fun to be on the other side of things and get to be on the other side of the craziness," said Kendall. "I actually enjoy it."

Though she admitted it's different sitting in the front row, Kendall said she appreciates "being able to see the collections when they are brand new." In her free time, Kendall has been trying to keep her anxiety at bay. "I try to keep myself cool. I go in and out of having freak-outs, so I just have to chill out and be by myself," she said. "Yesterday, I took a bath because I was really stressing out."

Kendall has in the past spoken candidly about her anxiety and the pressure of her career. In a recent interview with Love, Kendall said she has to be "selective" about the number of runway shows she does. "I was never one of those girls who would do like 30 shows a season or whatever the f*ck those girls do," she said. Her comment drew criticism from her peers who argued that turning down jobs is not always a feasible financial option.

New York Fashion Week lasts until Sept. 12, but Kendall left early and touched down in Paris on Sept. 10. At this point, it's unlikely that Kendall will walk in any runway shows for the season, however, she may make appearances at other events throughout Fashion Month.