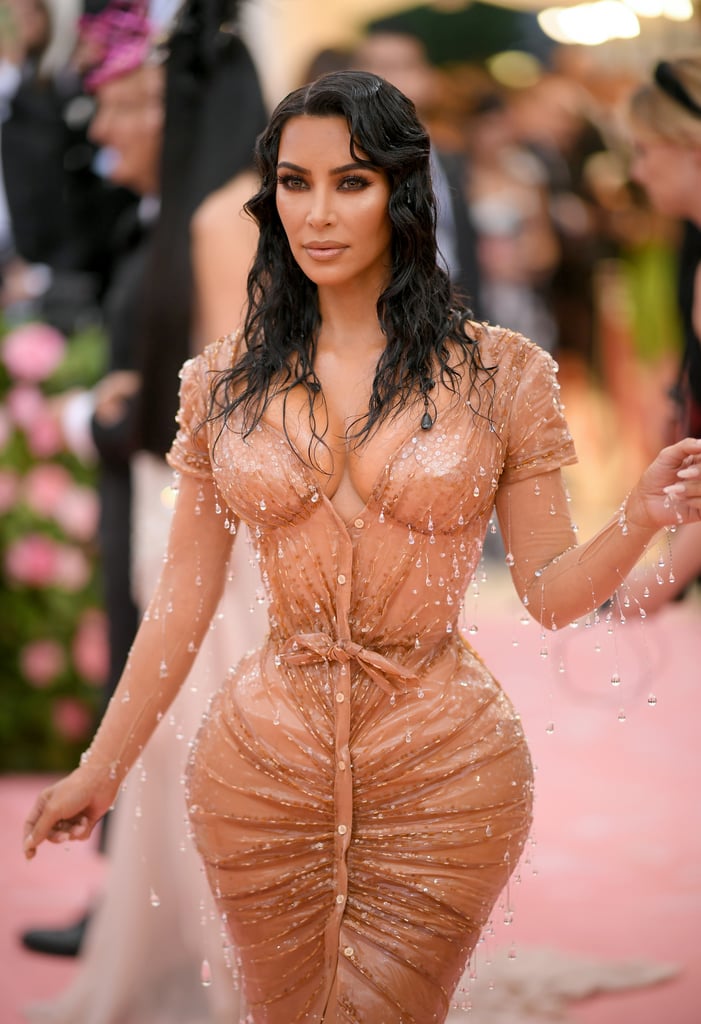 It's been two months since the 2019 Met Gala, and Kim Kardashian still hasn't quite recovered. If you can recall, the reality star and entrepreneur wore a crystal-adorned Thierry Mugler dress to the star-studded event, but her famous figure was exaggerated by an extreme corset by Mr Pearl. The corset was so tight, in fact, that it prevented her from sitting or using the restroom. In a new interview with WSJ. Magazine, Kim recalls the pain she felt throughout the entire Met Gala.

Addressing the rumor that she had ribs removed prior to wearing the dress, Kim plainly said, "I don't even know if that's possible." Instead, the look was the result of sweat and tears. "I have never felt pain like that in my life. I'll have to show you pictures of the aftermath when I took it off — the indentations on my back and my stomach," Kim said. Was it worth it? We have a feeling Kim would say good fashion moments always are.