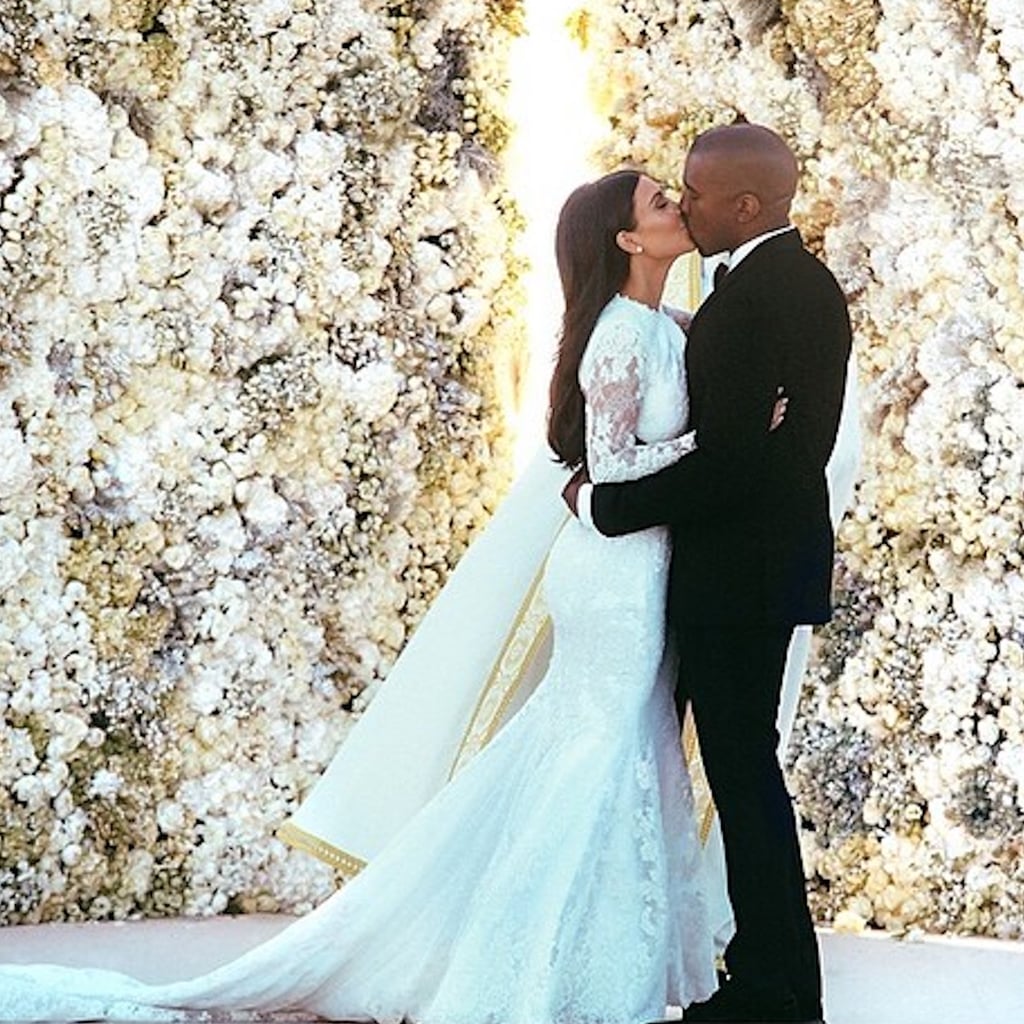 Kim Kardashian and Kanye West are coming up on their fifth wedding anniversary. To commemorate the event, and all their achievements since the power couple tied the knot, Kim launched a KKW collection inspired by her wedding day look. But if there's one thing we'll never forget, it's the Givenchy dress the bride wore when they first said "I do."

While Kim had her pick of fashion's crème de la crème, we're not entirely surprised she chose friend Riccardo Tisci to design her wedding gown for her nuptials in Florence, Italy. He is, after all, the man behind her infamous 2013 Met Gala gown, and a close friend of Kanye's. He also believed in Kim's sister Kendall Jenner from the get go, casting her in his Fall 2014 runway show and helping to catapult her career.

Scroll through for a glimpse back at Kim's fairy-tale gown, then see some of her most memorable moments in Givenchy by Riccardo Tisci prewedding.