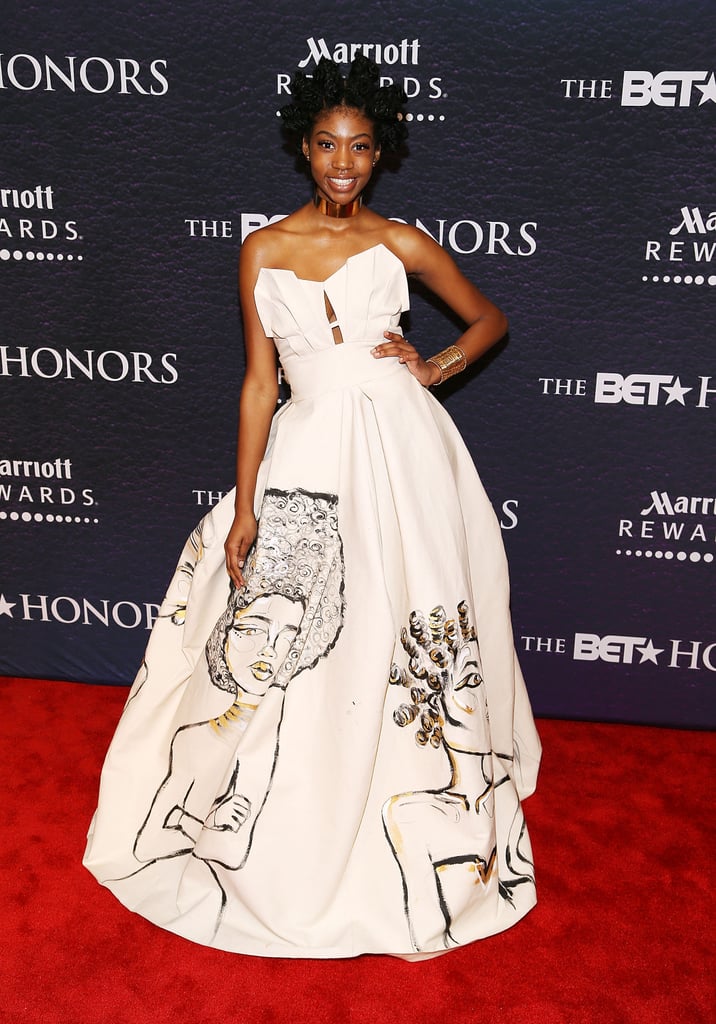 We're going to say it: Kyemah McEntyre is well on her way to becoming the next big It designer. You may remember Kyemah as the teen who designed her own prom dress (the image she shared went viral, by the way) or when she made headlines for outfitting this singer at the BET Awards. Either way, she has not stopped crafting exquisite gowns and her handmade canvas dress at the BET Honors was the most stunning creation we've seen yet.

The bottom tier featured different images of black women, which Kyemah drew on using acrylic paint. The budding fashion designer then finished the look with a simple gold choker and bangle.

"I decided I was going to actually paint my inspiration, which is black women," said the incoming Parsons freshman to USA Today. "Ultimately, what's the best way to give honor to us? . . . I believe in black history. I believe in women's history, and so what better way to just express that than by wearing this?"

She was also honored as one of the network's Next in Class and revealed plans to release a capsule collection in May. Judging by her past designs, it's safe to say the collection will both empower and delight.