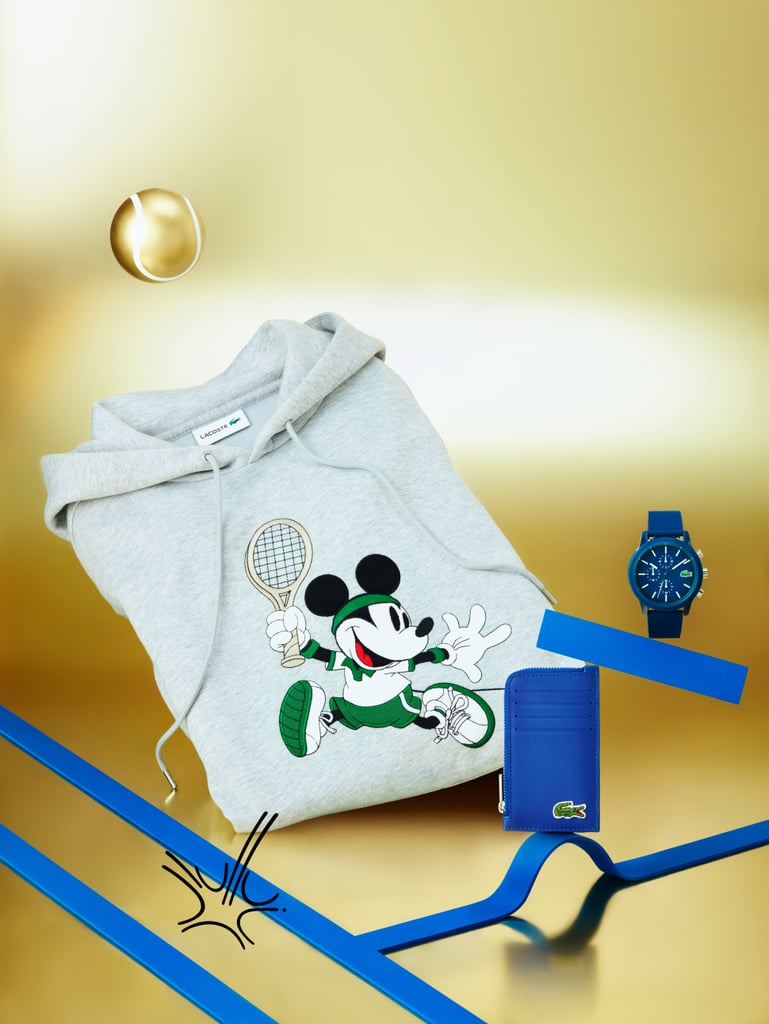 Lacoste and Disney are celebrating some pretty big milestones this year. The famed crocodile-logo-adorned tennis brand is observing its 85th anniversary, while Disney celebrates the 90th anniversary of its beloved mascots Mickey and Minnie Mouse. So it's a no-brainer that — after Disney teamed up with the likes of Levi's and Beats by Dre for special-edition collections earlier this year — both brands would eventually join forces to create an anniversary collection of their own.

The timeless icons came together to release a specially designed clothing line for men, women, and children, along with a selection of leather goods, all inspired by the Disney icons. It includes polo shirts, sweatshirts, sneakers, t-shirts, and tote bags, ornamented with the figures and smiling faces of Mickey and Minnie playing tennis, and honestly, I'm ready to give them all of my money. The Disney x Lacoste collection is now available online and in stateside Lacoste stores and will be available worldwide on Nov. 14. Scroll through the images ahead to get a peek at some of the items.