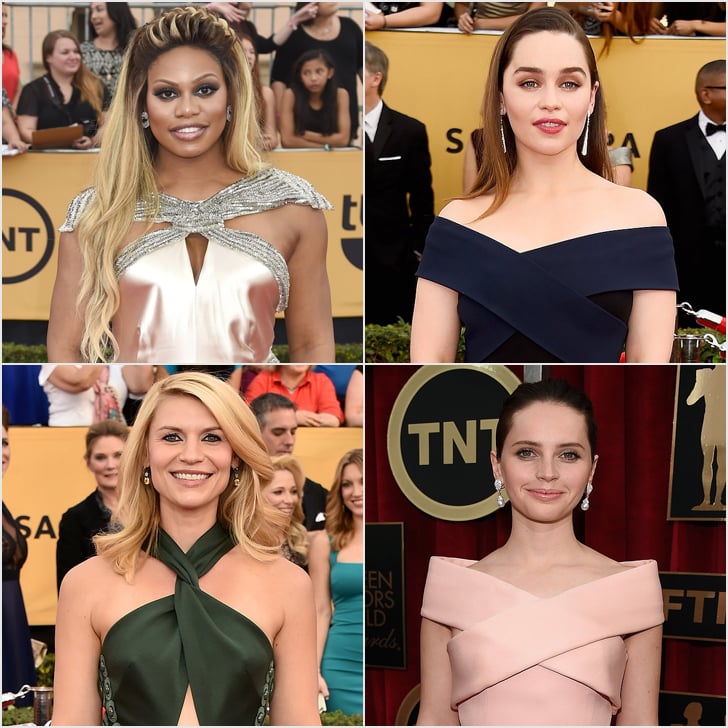 Two of their dresses were sleek and tailored, and two were more intricate. But when Claire Danes, Laverne Cox, Felicity Jones, and Emilia Clarke stepped onto the red carpet, we thought one thing: crisscross apple sauce . . . in a good way. The four stars opted for eye-catching silhouettes, all of which twisted at their shoulders and made us look twice.

While Claire chose a modern Marc Jacobs number in a halter silhouette, Laverne Cox's satin Johanna Johnson dress was all about the shimmer. Both Felicity Jones and Emilia Clarke aimed for simplicity, the former in a pale pink Balenciaga number and the latter in Donna Karan. But whose X really marked the spot at the SAG Awards? Scroll down to see them all, and then let us know.