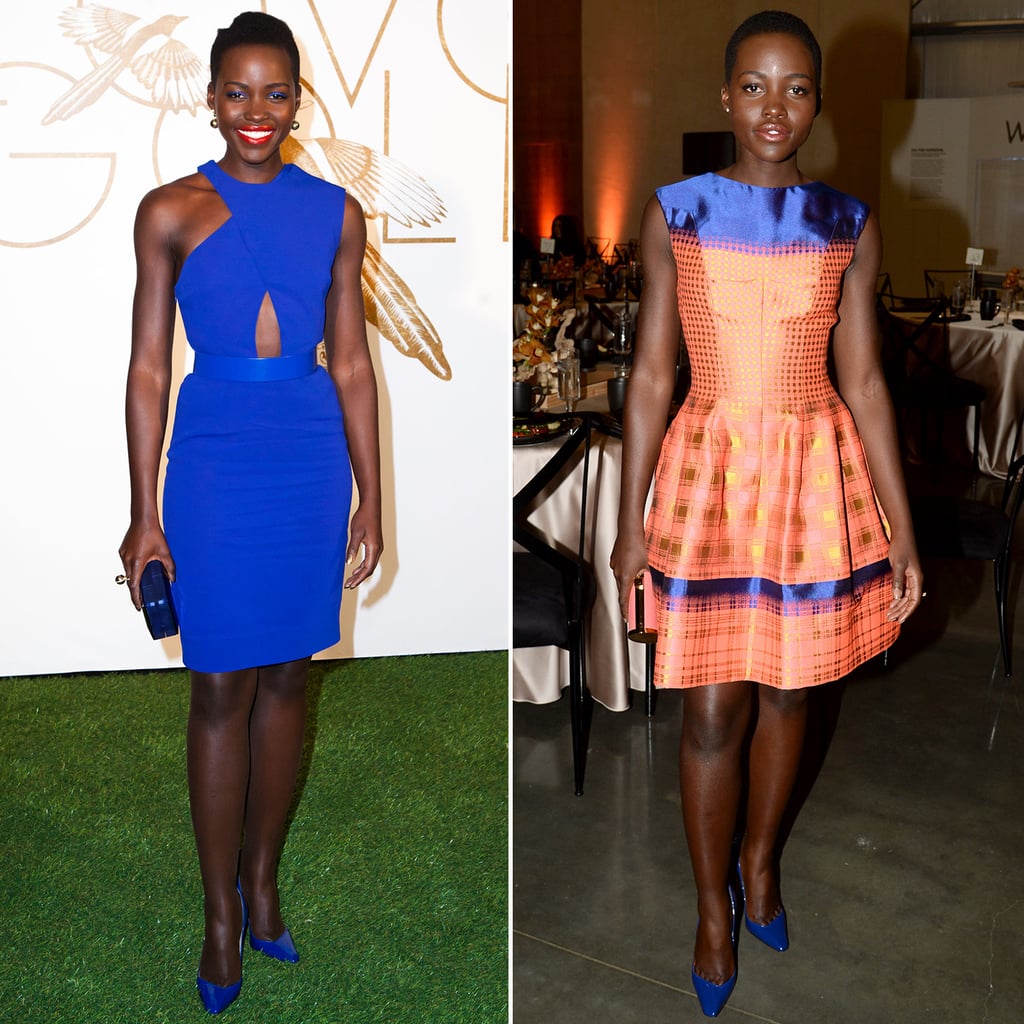 We didn't think it was possible, but Lupita Nyong'o has just upped her already-all-star style game. Sure, we know that she can dazzle on the red carpet — but last night, she debuted not one but two party-perfect looks, joined together by one fabulous styling trick. First, a show-stopping blue dress ensured all eyes were kept on the star while she was honored by LoveGold, while she selected an orange and blue number by Vivienne Westwood to party later that night (at an event with the Dalai Lama, no less!).

But our favorite part of both looks might have to be the shoes! She chose a pair of blue patent-leather pumps to round out both outfits, proving that even stars look for versatility in their investment pieces. What did you think about how she wore the same pair of shoes twice in one evening? Let us know below!

Miley Cyrus
Miley Cyrus Is Hosting a Pride Concert, and She Gave Us One Outfit Spoiler: "Imma Be in Gucci"
by Sarah Wasilak 1 hour ago