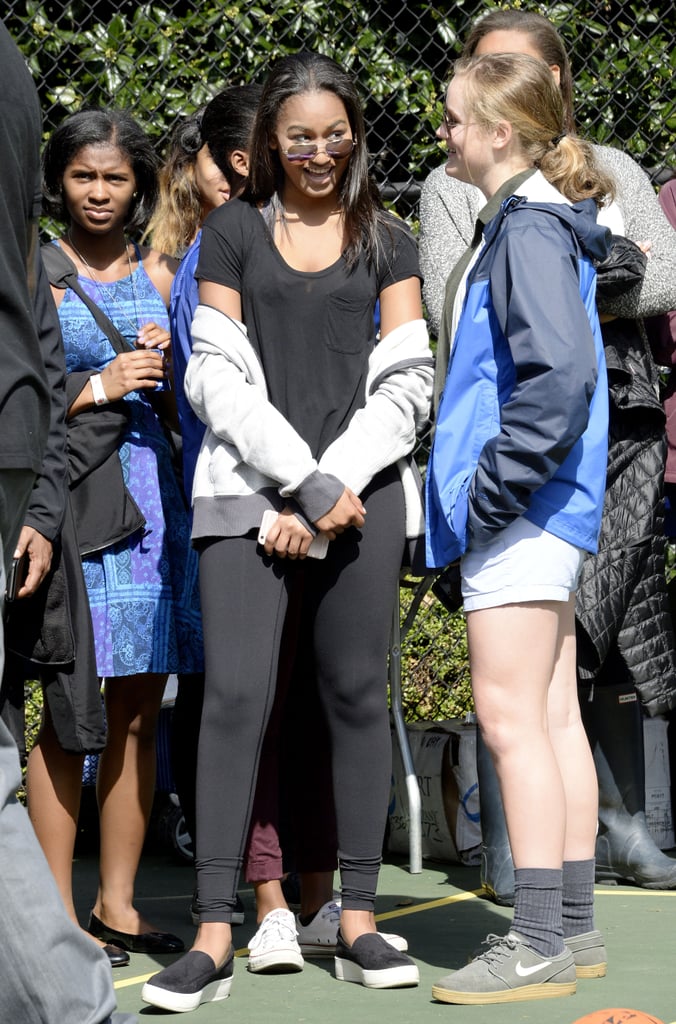 Michelle Obama wasn't the only one to break out her elevated casualwear for Monday afternoon's annual Easter Egg Roll at the White House in Washington DC. While President Obama took the reins to lead the festivities, his daughters, Sasha and Malia Obama, made the rounds with friends and greeted guests.

Both Sasha and Malia were perfectly, appropriately dressed for the relatively low-key White House event. Malia was in every fashion girl's favorite weekend outfit: jeans and a t-shirt. Sasha, meanwhile, took a sportier angle in leggings, a t-shirt, sweatshirt, and sneakers with a slight platform. She completed the outfit with her go-to aviator sunglesses.

Both Sasha and Malia have been in the spotlight to an unusual degree over the last few weeks. Their reemergence into the public eye began when they wore Naeem Khan gowns to the state dinner to honor Justin Trudeau, Canada's prime minister, earlier this month. Then, the first daughters were photographed regularly during their recent tours of Cuba and Argetina with the president and first lady. The Obama women's style in Cuba and great looks in Argentina garned a great deal of attention, if for no other reason than the fact that Michelle, Sasha, and Malia tend to favor American-based designers.

Jonah Hill
Jonah Hill Talks About Being Overweight and Having a Sense of Style: "Be Yourself . . . Lean Into It"
by Sarah Wasilak 3 hours ago