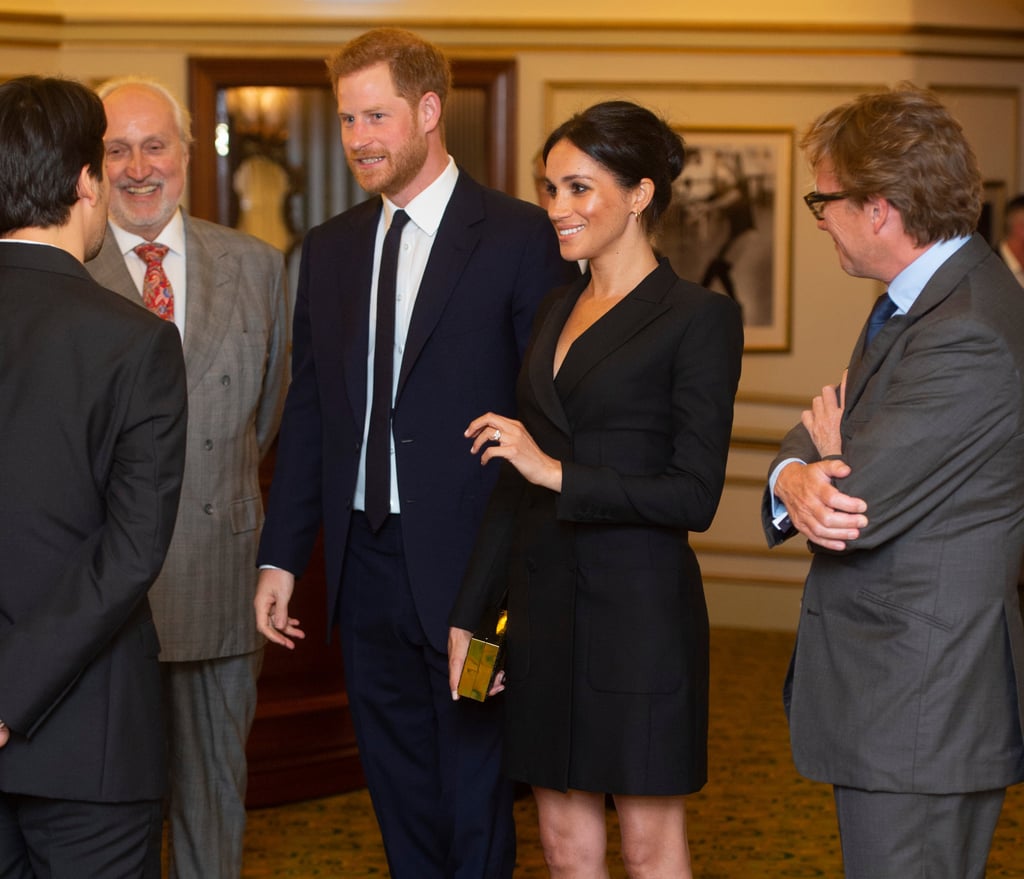 After a relatively quiet Summer, Meghan Markle stepped out for a public appearance on Wednesday in a dress that we've already filed away as the ultimate date-night inspiration. The duchess of Sussex arrived at the Victoria Palace Theatre in London to attend a special fundraising performance of the musical Hamilton in a stem-flaunting cocktail dress by Judith and Charles that we suspect will sell out in a matter of minutes.

If you thought Meghan had traded in her Hollywood roots completely, this tuxedo minidress will remind you that Meghan's a natural on the red carpet. It's a look that's both elegant and sultry, and a refreshing switch from the more conservative styles Meghan's adopted since becoming a part of the royal family. Sure, the hemline is riskier, and certainly shorter than we've come to expect from Kate Middleton, but the execution is flawless. From the classic Paul Andrew pumps to the chic minaudiere, we'll happily take Meghan's spin on the royal dress code any day — in fact, the resulting look is so good, we almost forgot Prince Harry was there at all.

Read on to see her look from every angle, then shop the exact dress and similar heels.

Carey Mulligan
Carey Mulligan Wore This Hot-Pink Suit on SNL, and It's Malibu Barbie Worthy
by Nikita Charuza 36 minutes ago

by Kelsey Garcia 31 seconds ago