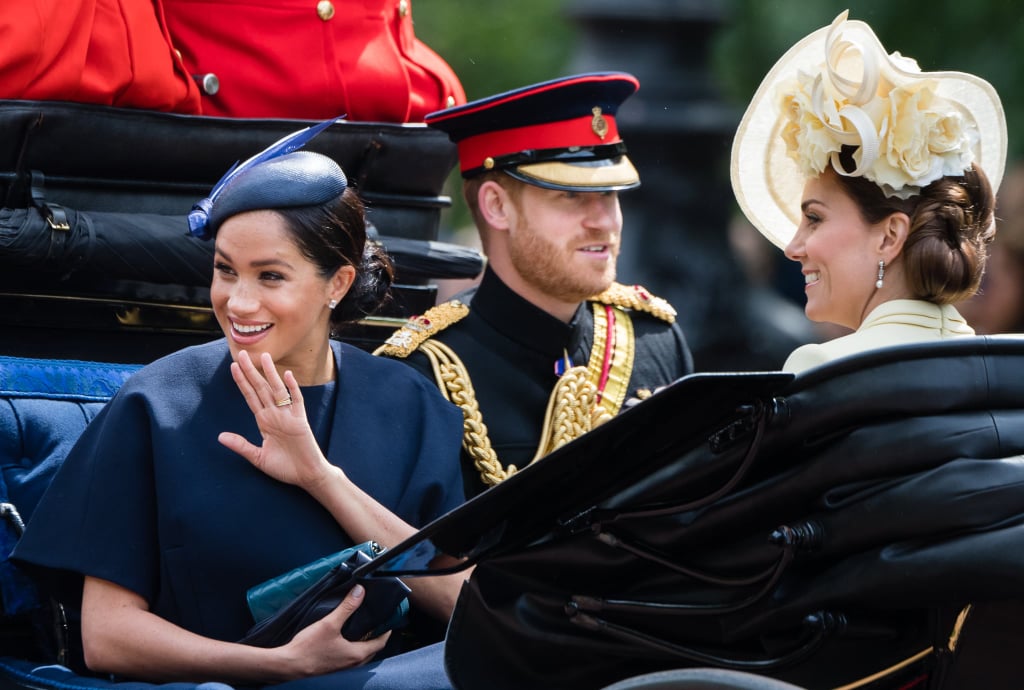 Meghan Markle stepped out during London's Trooping the Colour event in June sporting a gorgeous new ring that left a lot of eagle-eyed fans with questions. Since this marked her first public appearance since the birth of her and Prince Harry's first child, Archie Harrison Mountbatten-Windsor, some wondered whether or not the ring was a special push present from the Duke of Sussex to celebrate the occasion. It wasn't, as it turns out, but the meaning behind the ring is still pretty significant: People recently confirmed that it's an eternity ring that was an anniversary gift from Harry.

Eternity rings are meant to symbolize eternal love and are usually given to women by their spouses to mark a significant milestone or event. They typically look like wedding bands, save for the fact that eternity rings are usually encircled in diamonds (an endless circle of diamonds, if you will), like Meghan's is. According to Harper's Bazaar, Harry teamed up with jeweler Lorraine Schwartz to design the ring with a conflict-free diamond eternity band and three birthstones, all three of which are said to have pretty significant meanings. There's a sapphire for Harry, which is said to protect wearers from harm and impure thoughts; an emerald for Archie, which symbolizes passion and unconditional love; and a peridot for Meghan, which is known for its protective powers against darkness and evil.

In photos taken during the Trooping the Colour event, Meghan is seen wearing the ring on the same finger as her engagement and wedding rings. Read ahead to get a closer look at the beautiful new accessory.