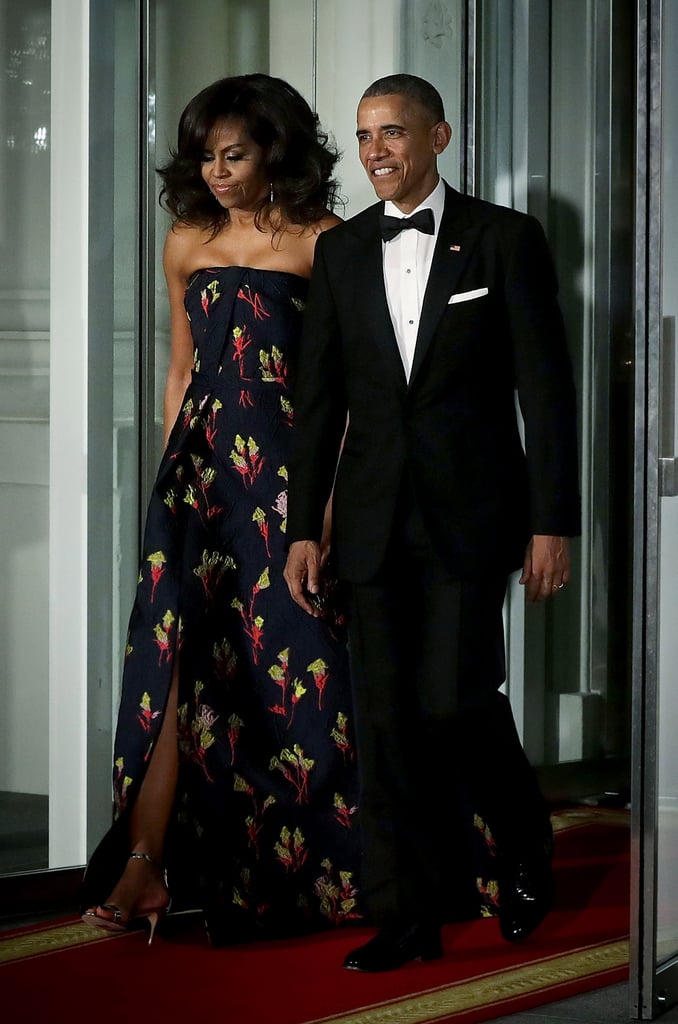 The president and first lady of the United States hosted the first official state dinner of 2016 on Thursday evening, and the pair turned out in their characteristic stunning style. Michelle Obama has been known to turn to her favorite American designers on special diplomatic occasions, selecting a one-sleeved blue Peter Soronen gown for a 2010 event honoring the president of Mexico and a gorgeous sequined Naeem Khan piece for 2011's state dinner with German Chancellor Angela Merkel.

For Thursday's dinner, which was held in celebration of a visit from the new Canadian Prime Minister Justin Trudeau and his wife, Sophie, Michelle selected a strapless Jason Wu gown — a designer perhaps best known for designing her inauguration looks. Jason was a perfect pick, as he grew up in Vancouver. Mrs. Obama added glossy waves and a pair of earrings to her gown, and this may just be one of her most glamorous looks to date. Take a look. 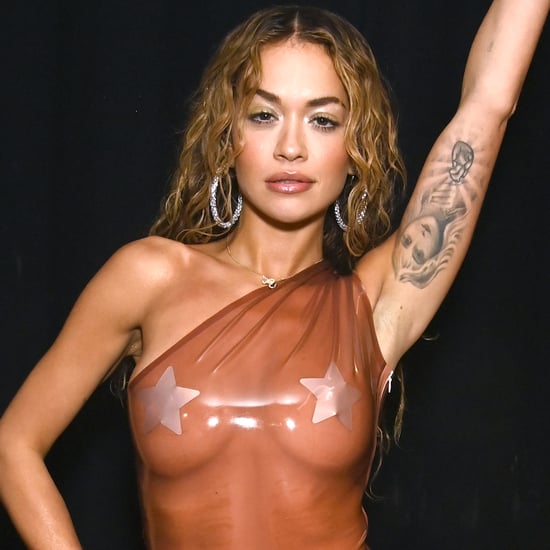 Celebrity Instagrams
Chlöe Launches Herself Off a Boat in a Strappy Pink Thongkini: "Here We Go"
by Chanel Vargas 3 days ago 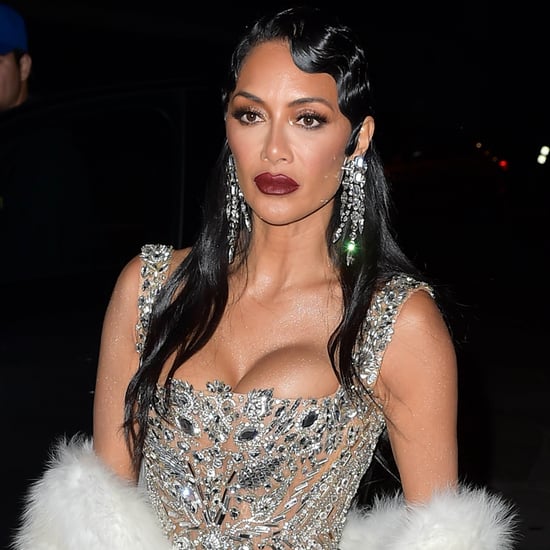