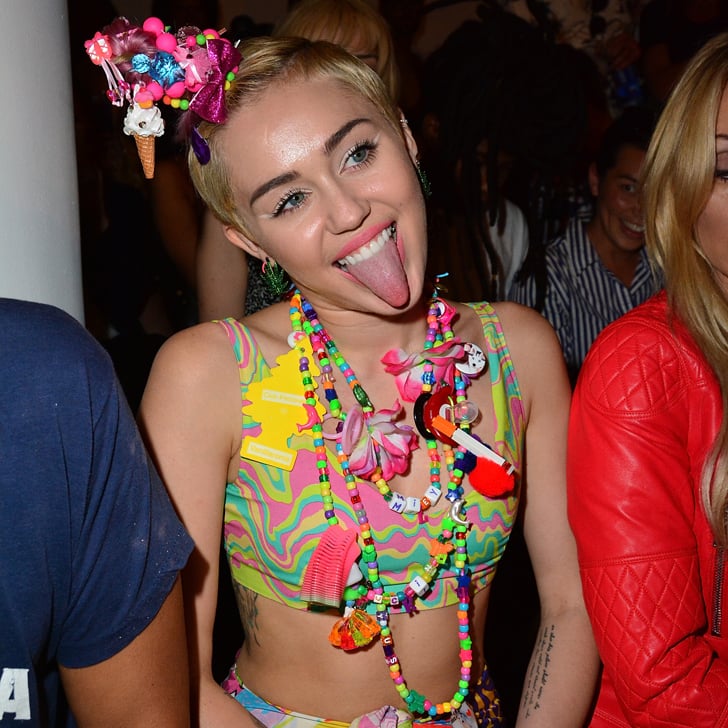 It's Her Party and She'll Miley If She Wants To

When we heard Miley Cyrus was teaming up with Jeremy Scott, we had a feeling we'd be seeing a certain tongue at his New York Fashion Week show. And did we ever! Wearing what could only be described as the brainchild of the two, Miley snapped pictures from the front row before taking to the runway and posing backstage with the designer.

And, as we are a fashion site, we would be remiss not to evaluate the ensemble. Miley wore a marbled neon crop top and a sarong-inspired pair of floral, polka-dot, and zebra-print pants with a car air freshener necklace and ice cream cone hair accessories — on second thought, let's just let the pictures speak for themselves.