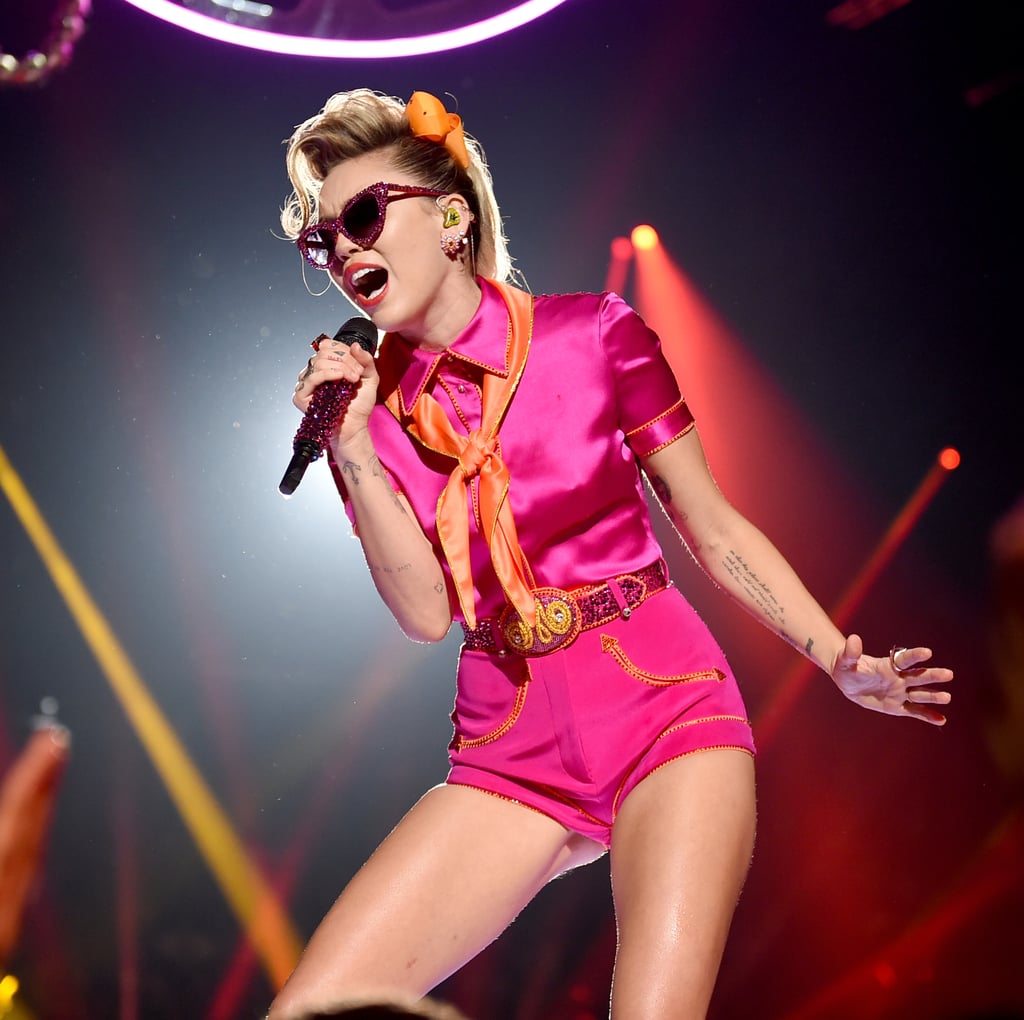 Miley Cyrus took it back to the '50s for her 2017 MTV VMAs performance, and man are we here for it! While she belted out her new single, "Younger Now," we couldn't help but admire Miley's rockabilly outfit. At first, she was sporting a bright pink playsuit by August Getty Atelier, which she paired with an orange neck scarf, pink heels, and bedazzled cat-eye sunglasses. Then, at the blink of an eye, she switched up her ensemble by throwing on an orange poodle skirt . . . but instead of featuring a poodle like the skirts typically did back in the '50s, Miley's had her initials monogrammed on it. So cute! Scope out Miley's performance outfit from every angle in the photos below.

Celebrity Instagrams
That's My Best Friend: Saweetie's Pink Tie-Dye Sweatsuit Can Be Yours For $154
by Chris Roney 22 hours ago

Billie Eilish
Yes, Billie Eilish's Futuristic Boots Are Out of This World
by Nikita Charuza 23 hours ago