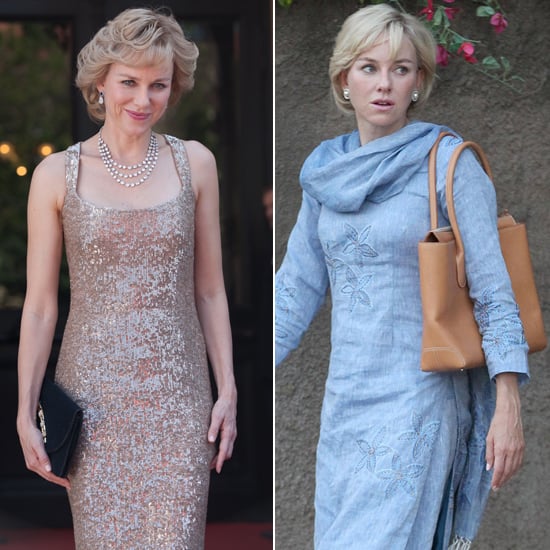 Costume designer Julian Day is no stranger to making clothes look like they belong to a specific era, a task he executes perfectly in Diana. The biopic, which stars Naomi Watts in the title role, has been available on demand since Feb. 4 and will make its DVD and Blu-ray debut on Feb. 11. In an exclusive video, Day explains that he couldn't just dress Naomi — he had to find clothes that suited both the actress and the icon she portrayed.

Day worked with designer Jacques Azagury, who created some of the clothes that Diana wore herself. "The dresses have a true history, a story," he told British Vogue. "It was touching to revisit and see Naomi transforming into Diana."

And of the choice to cast Naomi in the role, Azagury gave his approval. He said, "Of course it will never be the same, but if you're going to have anyone attempt it, well, Naomi is the crème de la crème." Tod's and Chopard clearly agree, as they helped re-create Lady Di's style for the film. See all the nostalgic on-set looks in the gallery!