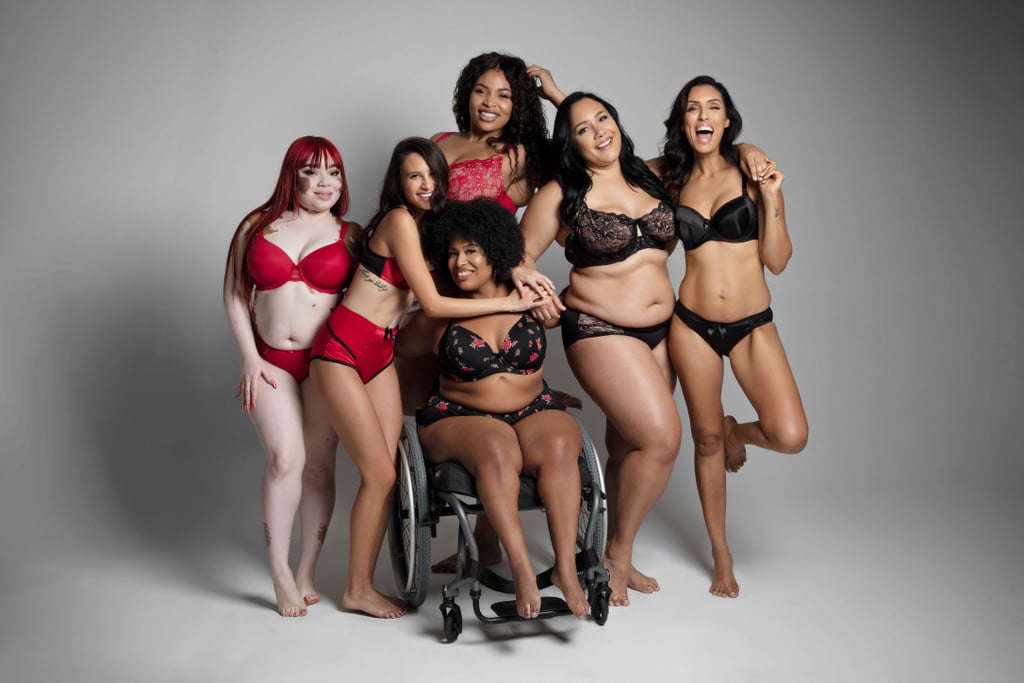 It's finally becoming less and less common for people to put the word "perfect" in front of "body," because there is no such thing. The images and ideas we're fed online and in advertisements are changing for the better, and a campaign from inclusive lingerie brand Parfait is redefining what it means to have a "perfect figure." Parfait spoke to six women and created a stunning photo series that proves there's not just one body type that's meant for lingerie. Every woman in the campaign looks fierce as hell in her bra and underwear, and each woman shared her own perspective on what it means to be confident in your own skin.

In a statement about the photo series, Parfait said, "With the new year brings new resolutions to conquer, and for many that means changing their body in some way to 'fit in' to societal norms. But what does it mean to 'fit in' and what exactly is a 'perfect figure?'" Read more about each woman featured in this inspiring campaign and hear what each told Parfait about what a "perfect figure" really means to her ahead.