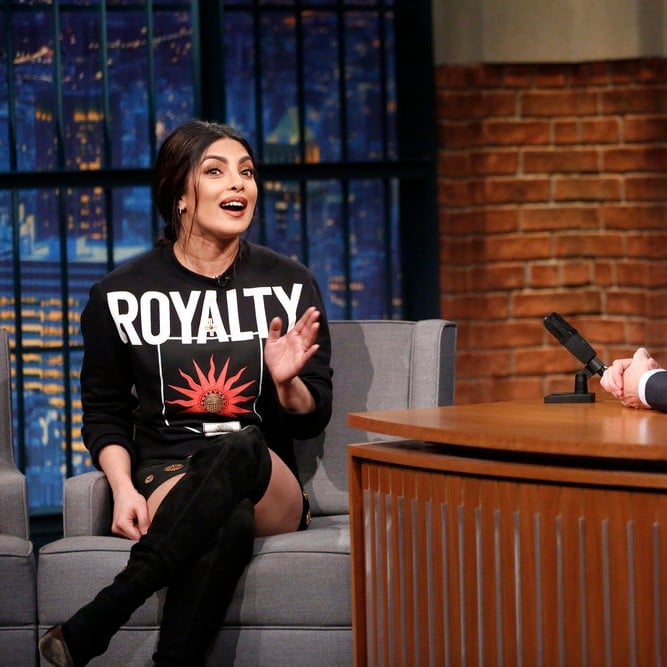 Priyanka Chopra's Outfit Confirms What You Knew All Along

We didn't need Fausto Puglisi's sweatshirt to tell us that Priyanka Chopra's fashion "royalty." Since the actress's rise to fame on Quantico, we've been tracking her style moves, as she navigates red carpets, Fashion Weeks, and now late-night talk shows with poise — and killer outfits, becoming something of a style icon.

Further proof came when Priyanka appeared on Wednesday night on Late Night With Seth Meyers to talk about her upcoming role in Baywatch (and even gave us her best slow-mo run), showing off an impossibly cool Fall look that's more trendsetter than we're used to seeing from the actress. But we don't mind a bit. Not only does it remind us just how cool slogan tops can be, it confirms what we've known all along, that this girl can wear just about anything.

Read on to see the outfit in full, then see Priyanka give us her best Baywatch run in the video below.

Previous Next Start Slideshow
Priyanka ChopraCelebrity Style
Around The Web