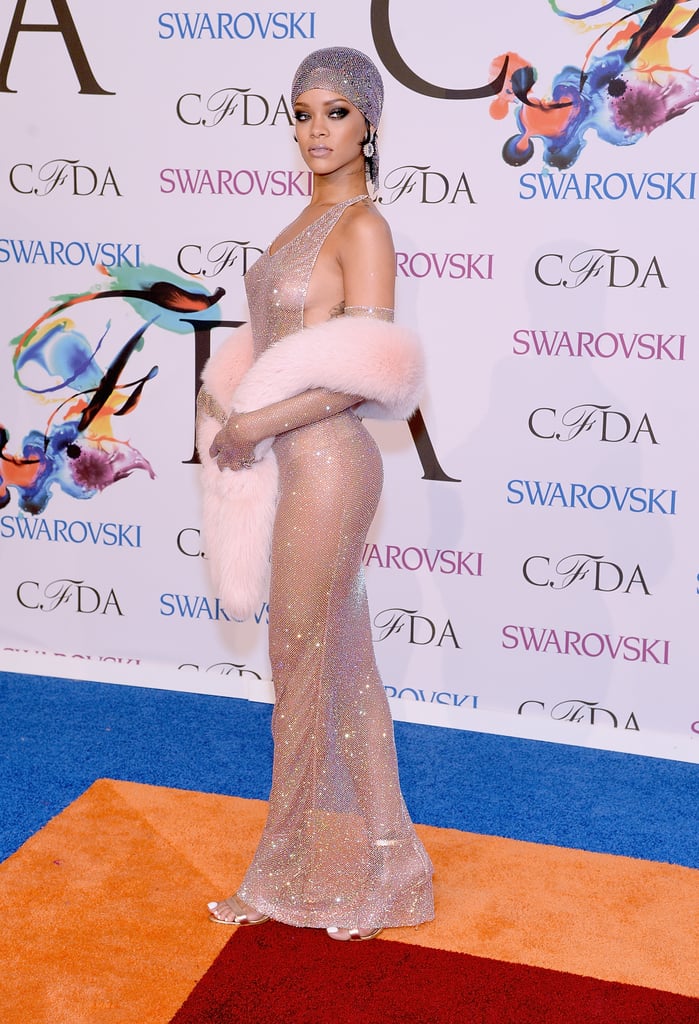 Vogue's June cover star has finally been revealed, and it's none other than Rihanna! The sultry singer sat down with editor Chioma Nnadi to talk about her highly anticipated lingerie line, Savage, as well as some of her biggest fashion regrets.

During the interview, Rihanna admitted her biggest style regret was the supersheer Adam Selman dress she wore to the 2014 CFDA Fashion Awards. The dress itself wasn't the issue, though, it was the fact her nude underwear didn't match her skin tone, or as she put it, "not my nude." Looking back, Rihanna wishes she had styled the see-through dress with a bedazzled thong instead!

Scroll on to see more images from her gorgeous cover story and read more quotes from the interview. 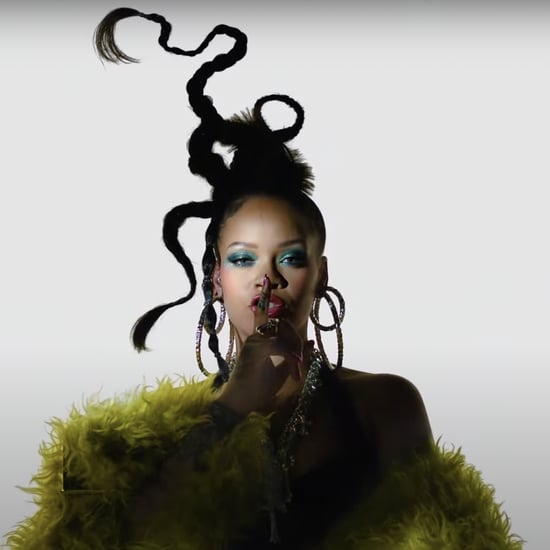