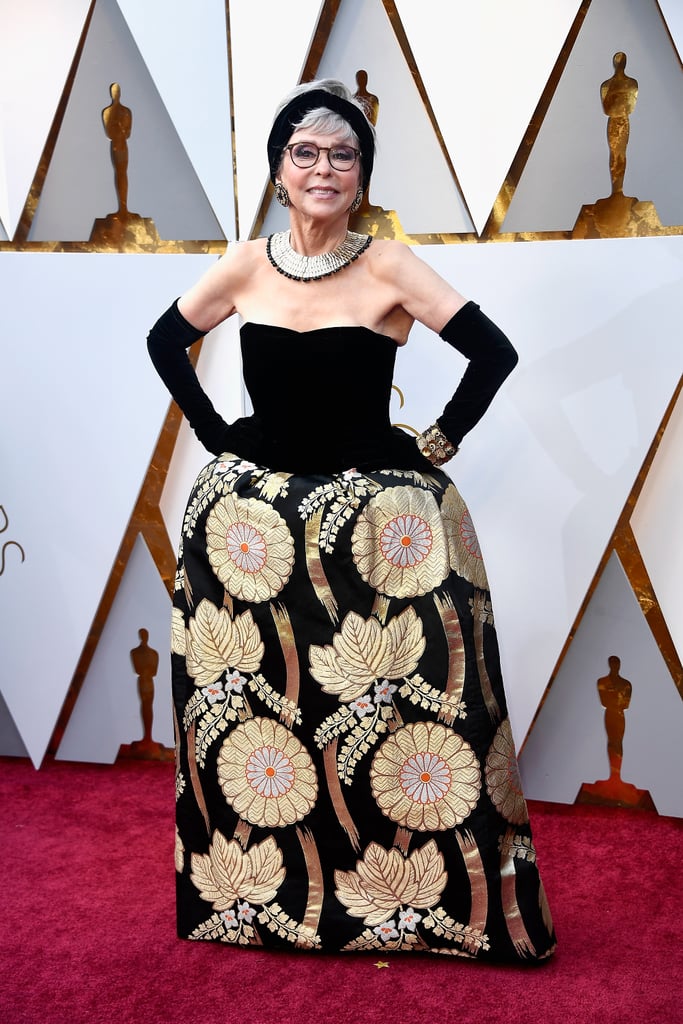 Rita Moreno hit the 2018 Oscars red carpet in what one might call a good luck gown. The iconic 86-year-old actress last attended the big show in 1962, when she won the award for best supporting actress for her role as Anita in West Side Story. Over 50 years later, Rita attended the Oscars in the same exact gown she wore on that memorable night.

Speculation began after Rita responded to a tweet by The Academy and said, "Wait till you see what I'm wearing!!!" A few days later, Vanity Fair reporter Rebecca Keegan said she had learned from Rita's daughter, Fernanda Luisa Fisher, that she would be wearing the same gown she wore to the 1962 Oscars.

Wait till you see what I'm wearing!!! https://t.co/X9oem3aPdO

Lo and behold, Rita arrived in the same stunning number, although she updated the bodice from a halter to strapless and accessorized with a gold statement necklace, velvet headband, and elbow-length gloves. In a red carpet interview with E!, she said she was surprised by the gown's good condition all these years later. "It's been hanging in my closet," she said. "I would think that it would tarnish!" Ahead, see pictures of Rita's sentimental outfit repeat.

Red Carpet
Mj Rodriguez Celebrates Historic Emmy Nod Ahead of Ceremony: "I Am Testimony That It Is Possible"
by Monica Sisavat 15 hours ago