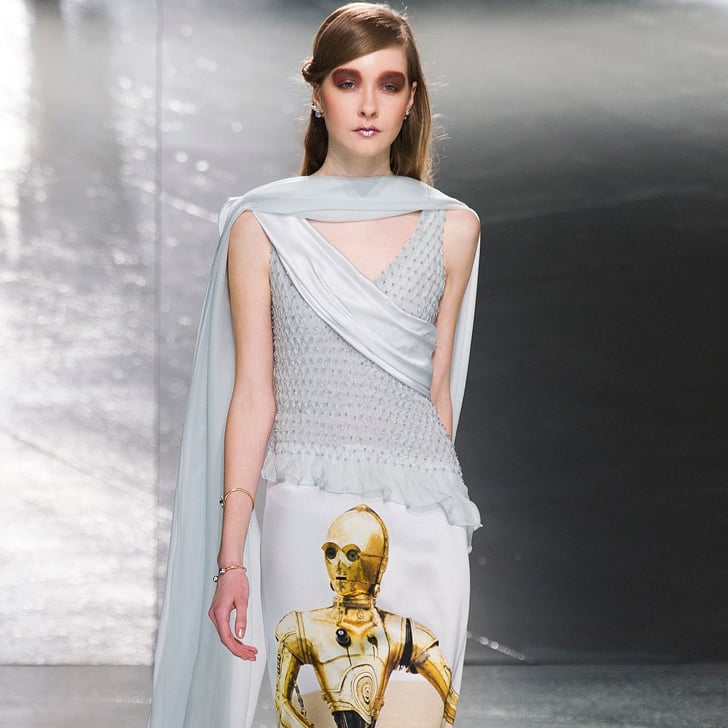 Kate and Laura Mulleavy caused a bit of a stir with their Fall 2014 collection for Rodarte, the final look of which was a gown printed with an image of Yoda from Star Wars.

The two gowns that came before it were screen-printed with Han Solo and the robot C-3PO; another one featured the fabled Death Star and the moons of Tatooine. Swirling, multicolored knits and a few body-conscious sweaters we're going to refer to as Cosby-esque were in direct competition with those pieces for quirkiest looks on the runway.

But licensing rights notwithstanding, the force (of fashion) was definitely with the rest of this collection, which had editors swooning from the very first exit. Bare or barely covered shoulders were a focus in this brightly colored offering, and so was sparkle. The bodice of a pale blue gown was covered in little rhinestones, and a few fur-trimmed coats were cut from what looked like a very sturdy Lurex.