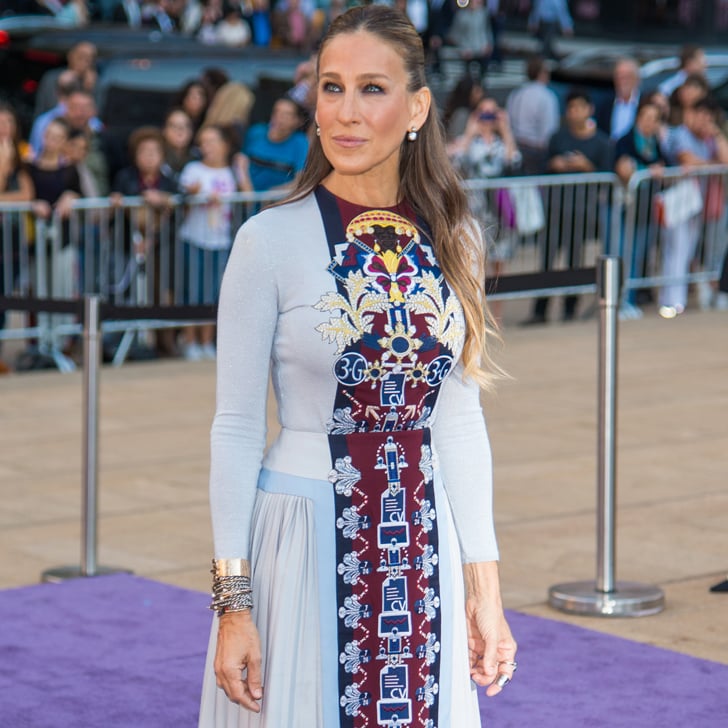 Since She Was at the Ballet, SJP Kept Us on Our Toes

Rather than pointe shoes or slippers, Sarah Jessica Parker made a bold decision in the footwear department when she arrived for last night's New York City Ballet gala. But that wasn't the only surprise from our beloved SJP!

Carrie Bradshaw would be proud of the actress's attention to detail, when she arrived at Lincoln Center in the show's costume designer Mary Katrantzou's off-the-runway gown. She paired the embroidered look with what initially seemed to be just a stack of bangles and a grosgrain ribbon in her hair, but there was more to the ensemble than at first glance. That's because when she raised her gown to walk, we were treated to unexpected footwear, and when she twirled, the back of the dress was an entirely new look altogether. Intrigued? You should be! Read on to see every last detail of Sarah Jessica's look.