We'll always remember Sarah Jessica Parker's epic Oscar de la Renta gown draped dramatically across the Met Gala stairs in 2014, but Monday night SJP went a different route. Opting for a white pantsuit from Monse and a pair of blue pumps from her own SJP collection, she seemed to channel her alter ego Carrie Bradshaw when she famously ditched her Vivienne Westwood wedding gown for her pared-down City Hall look, proving sometimes less is more.

Actually Sex and the City had nothing to do with Sarah Jessica's outfit, but the acclaimed musical Hamilton did, as SJP revealed to T Magazine:

"We had been in discussions and reviewing sketches [for the Gala] and I just so happened to take my daughters to see the show 'Hamilton.' I was looking at the costumes and, in particular, the men's suiting of the period. All of a sudden, I was like: 'Oh, that's it.' It was such a specific time, and I was curious how we could use technology with that. What would the technology part of the idea be? Fernando [of Monse] introduced us to these embellishment artists in Brooklyn called Le Studio Anthost, who take the idea of old-fashioned couture embroidery and, with technology, apply it to fabrications using paint. It was the perfect marriage of technology and the hand of man. Together, we were able to really collaborate and meticulously look at the period and redefine what it was that we were trying to achieve."

So while the look may have been on the understated side — as far as Met Gala looks go — it was rooted in something far more creative. The question remains, are you into the finished product?

Image Source: Getty
Are You Into It? 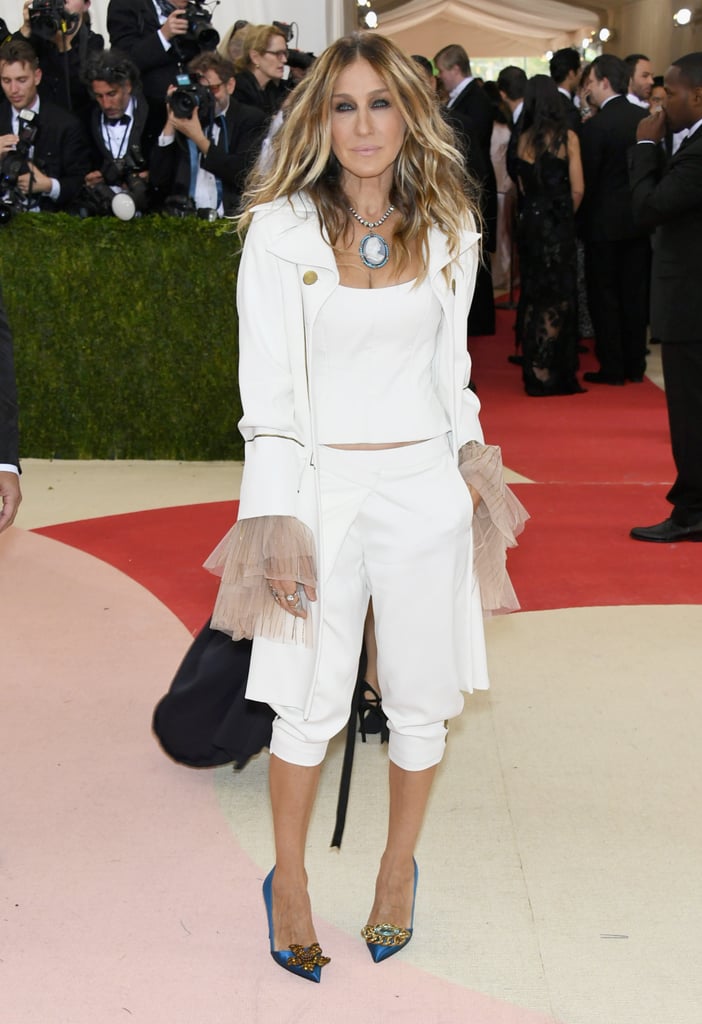