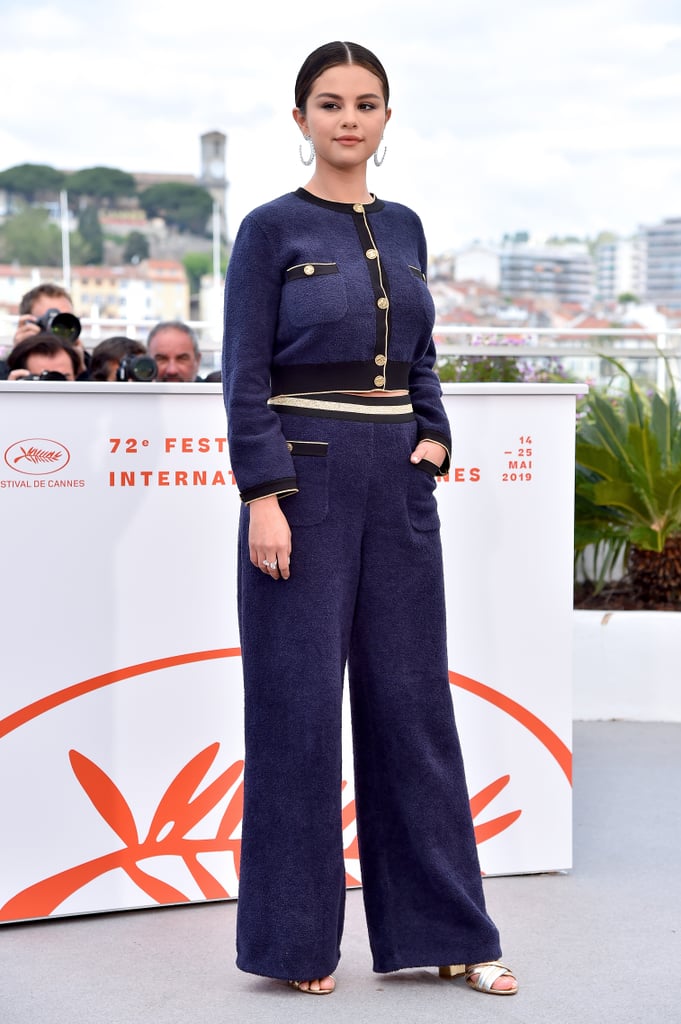 Selena Gomez is pulling out all the stops for her first Cannes Film Festival. The singer and actress was first spotted at the airport in Nice, France, wearing a head-to-toe white look by Mango that reminded us of Rachel Green. Then, she stepped out in a stunning leather crop top and skirt by Louis Vuitton for a screening of her upcoming film The Dead Don't Die. For the afterparty, Selena slipped into a white dress — but kept the eye-catching jewels.

But Selena's most interesting outfit so far, in our opinion, has to be the Chanel set she wore for the movie's morning photocall with her costars Bill Murray, Chloë Sevigny, and Tilda Swinton. The starlet opted for a navy crop top and matching pants from the luxury brand that came in what appears to be a terrycloth material.

At first glance, her blue set actually reminded us of a fancier version of a Juicy Couture sweatsuit from the early '00s. Her button-down top came with gold buttons with the brand's CC logo on it, and it even featured a sporty gold-striped band around the waist. She finished her outfit off with a pair of Messika hoops and Tabitha Simmons heels. Keep reading to get a closer look.