Every week, we bring you the best shoppable fashion and lifestyle stories from the editors at InStyle.com, including this piece about the coveted blue dress Shailene Woodley wore in The Fault In Our Stars. 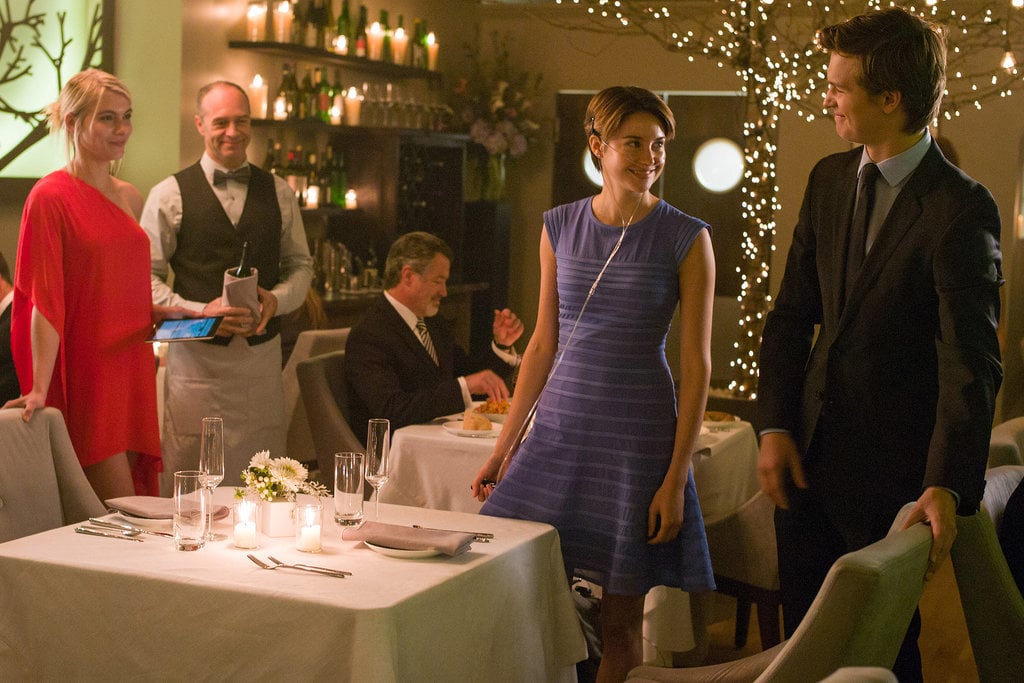 Due to the tears spouting from our eye sockets, it was easy for us to glaze over the fashions featured in The Fault in Our Stars. But one article of clothing was impossible to miss. For TFIOS' die-hard fans, surely one of the most poignant scenes in the book is when Hazel, a 16-year-old with thyroid cancer and "an impressive and long-settled satellite colony" in her lungs attends an over-the-top romantic dinner with Gus, a fellow cancer patient and amputee, at a lavish restaurant in Amsterdam that overlooks the city's canals. For the fancy occasion, Hazel dons a fittingly fancy dress. So when John Green's much-adored YA novel was adapted into a film, starring Shailene Woodley and Ansel Elgort as Hazel and Gus, one of the questions on the forefront of our mind was, of course, what would that dress look like? Would the movie stay faithful to the story and outfit Hazel in a "blue-print, flowery knee-length Forever 21 thing," or would it defer to a stunning piece of designer garb? We reached out to costume designer Mary Claire Hannan to get the full scoop.

First off, how did you find the dress? Just before I left for Pittsburgh to shoot the movie, I was running through the Beverly Center in West Hollywood in search of last-minute wardrobe treasures. I ran into Halston Heritage, and there she was. The dress was a beautiful shade of blue — somewhere between cornflower and french.

In the book, the dress is described a bit differently. Why the change? I knew the movie was filming in Amsterdam in October, so a sundress was never going to work. This one had a simple silhouette that felt fresh, young, and demure. It was a perfect cinematic match for what I had been looking for.

What was Shailene's reaction when she tried it on? It fit her like a glove. She was delighted. We camera-tested it, and off we went.

Besides the dress, what were the other important wardrobe choices for the movie? The Magritte t-shirt she wore to meet Peter Van Houten (author of the faux book An Imperial Affliction). It was important to make sure the pipe read very well on camera and yet was not so big it overwhelmed the actress. We looked at many hues of color and size before we chose that one. Gus's leather jacket was also an important piece — it showed he came from a privileged family, and it gave him that classic James Dean-leading male look.

This story resonated with a lot of people, and it topped the box office in its opening weekend. Why did you gravitate toward it? I loved the script and the story — John Green is an amazing writer. I had also just lost my little brother to a similar cancer to Gus's, so I could relate. At first I thought it would be too difficult to do, but I found making this movie was actually very therapeutic.

Selena Gomez
No, Selena Gomez's Dress Did Not Come With a Glowing Heart — Actually, It's Attached to Her Leg
by Sarah Wasilak 6 hours ago

Billie Eilish
Yes, Billie Eilish's Futuristic Boots Are Out of This World
by Nikita Charuza 1 day ago

Anne Hathaway
Why Yes, Queen Anne Hathaway Dressed to the Nines For Her Virtual Movie Premiere
by Victoria Messina 2 days ago