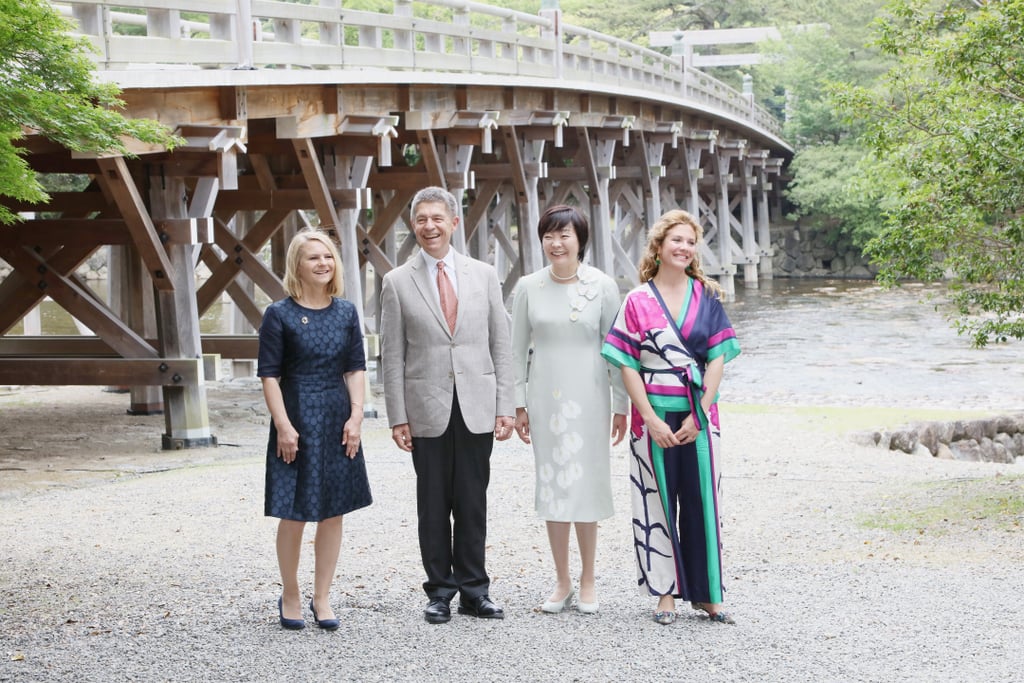 Sophie Gégoire-Trudeau, the wife of Canadian Prime Minister Justin Trudeau, flew the flag for Canadian fashion Thursday when she attended an engagement in Japan wearing a Toronto-born designer. On a visit to the Ise Jingu Shrine in Ise, Japan, Sophie wore a kimono-inspired jumpsuit in bright green, blue, and fuchsia created by Tanya Taylor. Tanya, who runs her business out of New York City, studied at Canada's McGill University and has become known for her bright and patterned designs.

Sophie is clearly a fan of Tanya's work, as is First Lady Michelle Obama. Since stepping onto the international stage, Sophie has made a point to showcase Canadian designers of clothing, bags, hats, and footwear. The practice of promoting domestic fashion industries through wardrobe choices is a tactic used by Michelle and even Kate Middleton, Britain's Duchess of Cambridge, proving Sophie's style is as diplomatic as it is chic.