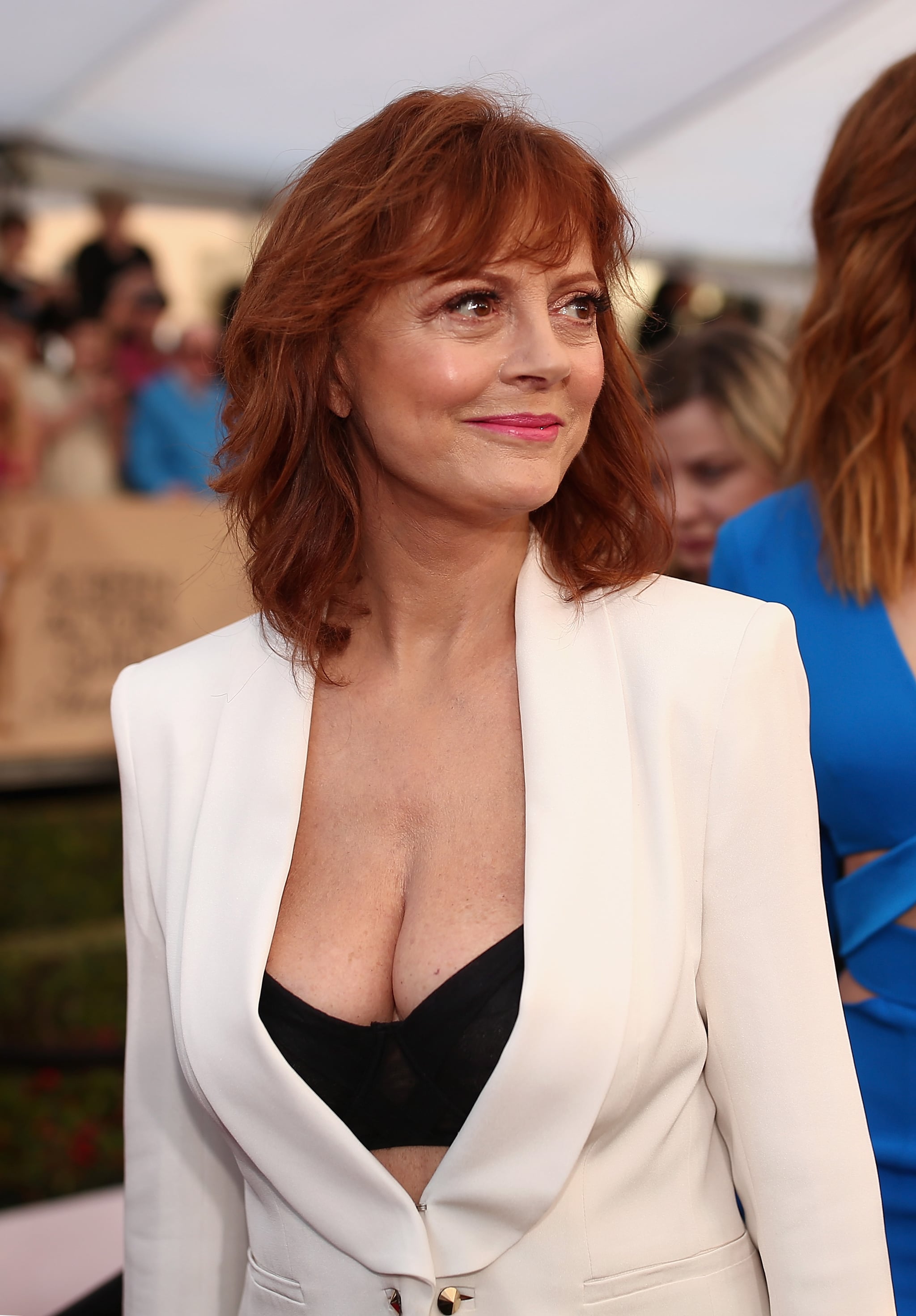 It's not often we'd describe a red carpet suit as sexy, but in Susan Sarandon's case, there's no other word that fits her look quite so well. The actress arrived at the Screen Actors Guild Awards in a white blazer and pants combination, forgoing a top and letting a black mesh bra peek out instead. While we're used to seeing plenty of low-cut and sheer gowns on the red carpet, we love that Susan borrowed from the boys instead — putting her own sexy spin on their look. So tell us, were you feeling her sexy suit sans top?

Image Source: Getty
Were you a fan of Susan's look? 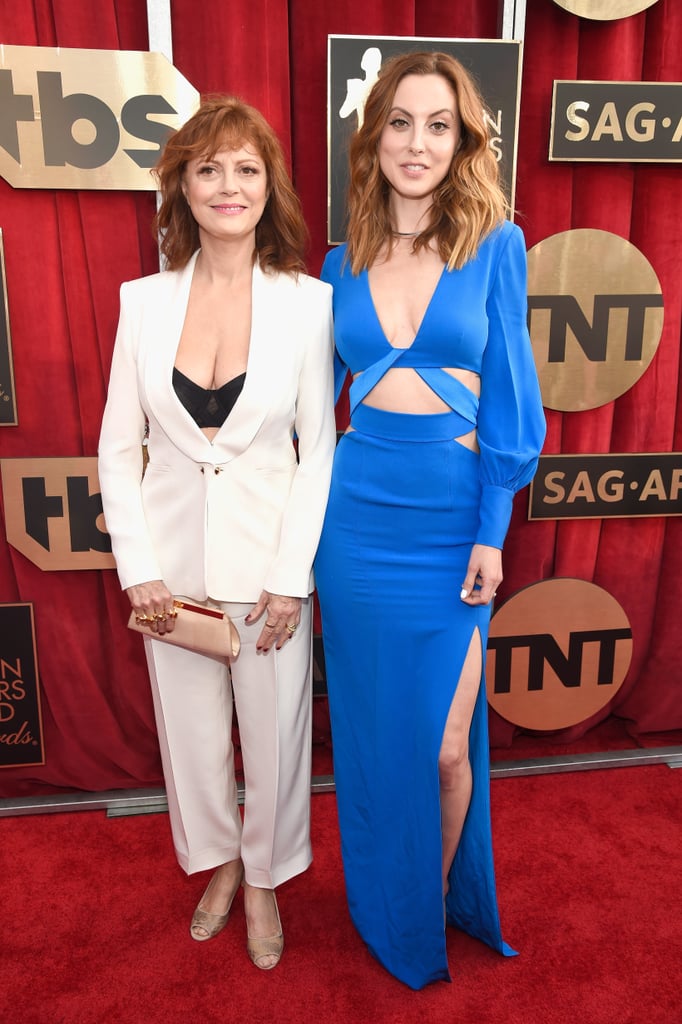 Gwen Stefani
Gwen Stefani Rewore Her "Don't Speak" Music Video Dress, and There's No Doubt It's a Classic
by Victoria Messina 18 hours ago