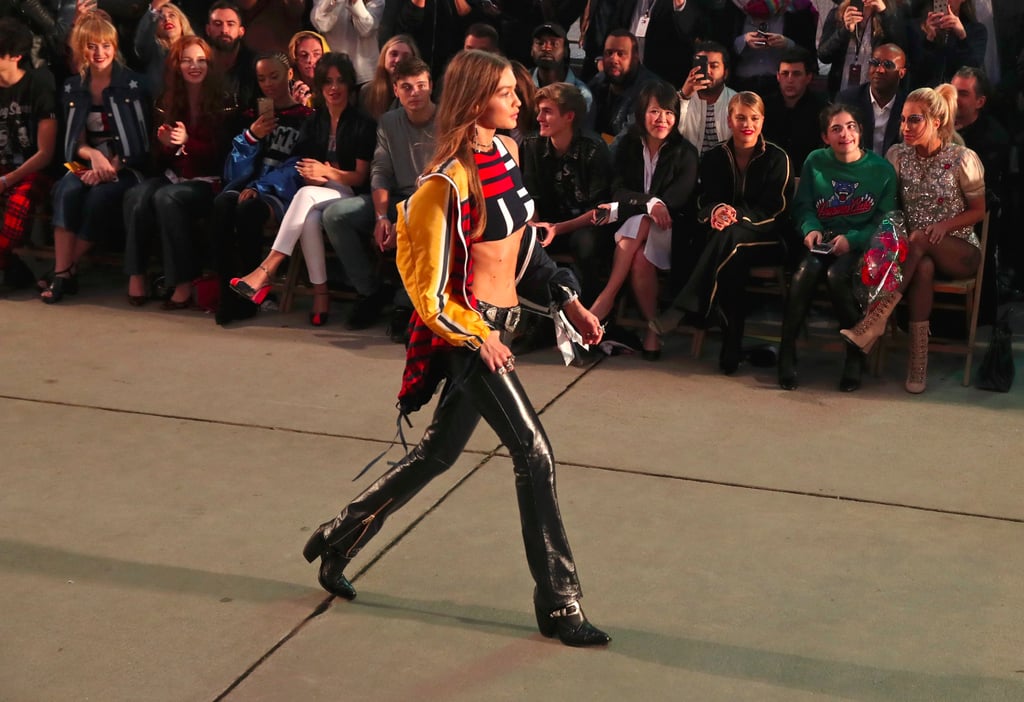 How's this for a twist — Tommy Hilfiger kicked off the Fashion Week calendar in LA, bringing supermodels to the West Coast by Air Tommy for his Spring 2017 show. The designer produced another high-stakes spectacle, where megastars are the front-row norm and a musical act is just part of the runway, apparently. Fresh from the Super Bowl, Lady Gaga showed up in a bodysuit (all the better to show off your stems while sitting front row), while Fergie stuck around to serenade the crowd after the show wrapped. That's just par for the course in Tommyland — complete with carnival games, food trucks, and a monster slide.

But since you're probably wondering about the actual fashion show — Gigi Hadid opened the show, then closed it with sister Bella, to the tune of "California Love" and Bruno Mars's "24K Magic." Tommy didn't deviate far from his usual Americana. Plenty of sporty staples, stripes, colorblocking, and varsity sweaters, emblazoned with the brand's eponymous "H," were at the core of the collection. American flag motifs worked into patchwork and printed on maxi dresses had a nostalgic quality, as did Tommy's signature colorblock crop tops and button-downs, as seen on Joan Smalls. In fact, in Tommyland, 2017 looks a lot like the early 2000s. Read on for the details. 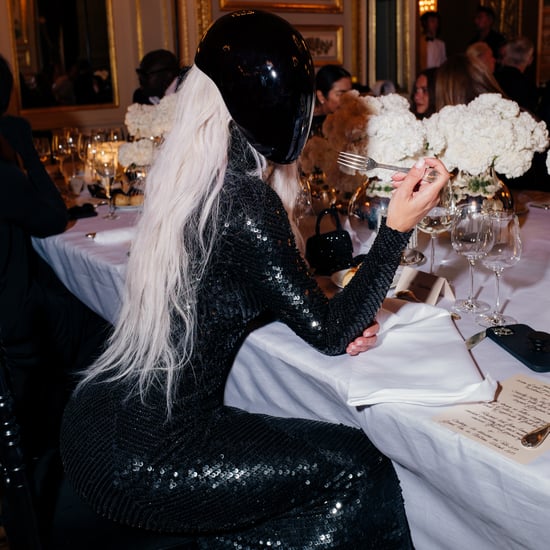