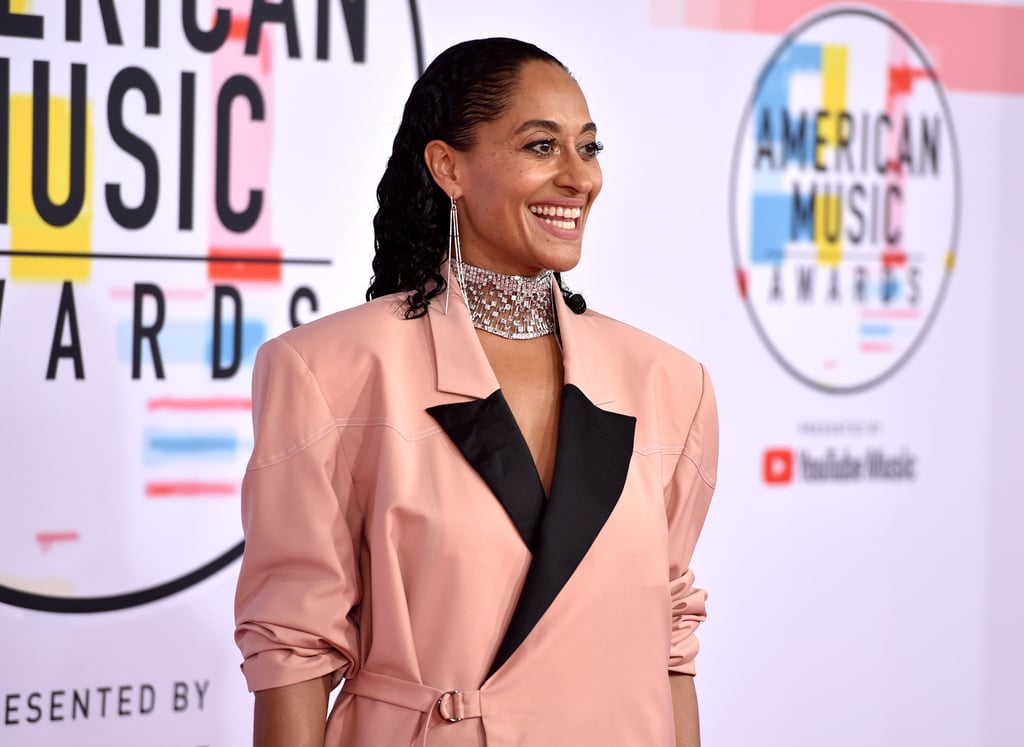 Tracee Ellis Ross Turned the AMAs Into Her Own Epic Runway

Ahead of the American Music Awards, host Tracee Ellis Ross promised her looks would have one key thing in common: they would all feature black designers. She delivered — and then some! — with a lineup of unforgettable looks. From a hot-pink printed pantsuit designed by Selam Fessahaye, a 34-year-old black designer from Amsterdam, that Ross wore to roll out the red carpet to a glamorous tulle confection by Off-White's Virgil Abloh, the actress turned the stage into one epic runway show.

Scroll ahead for more pictures of Tracee's colorful outfits on the red carpet and on stage, and see how she transformed the award show into something of an iconic fashion show, with a roster of talented designers behind every dazzling look.