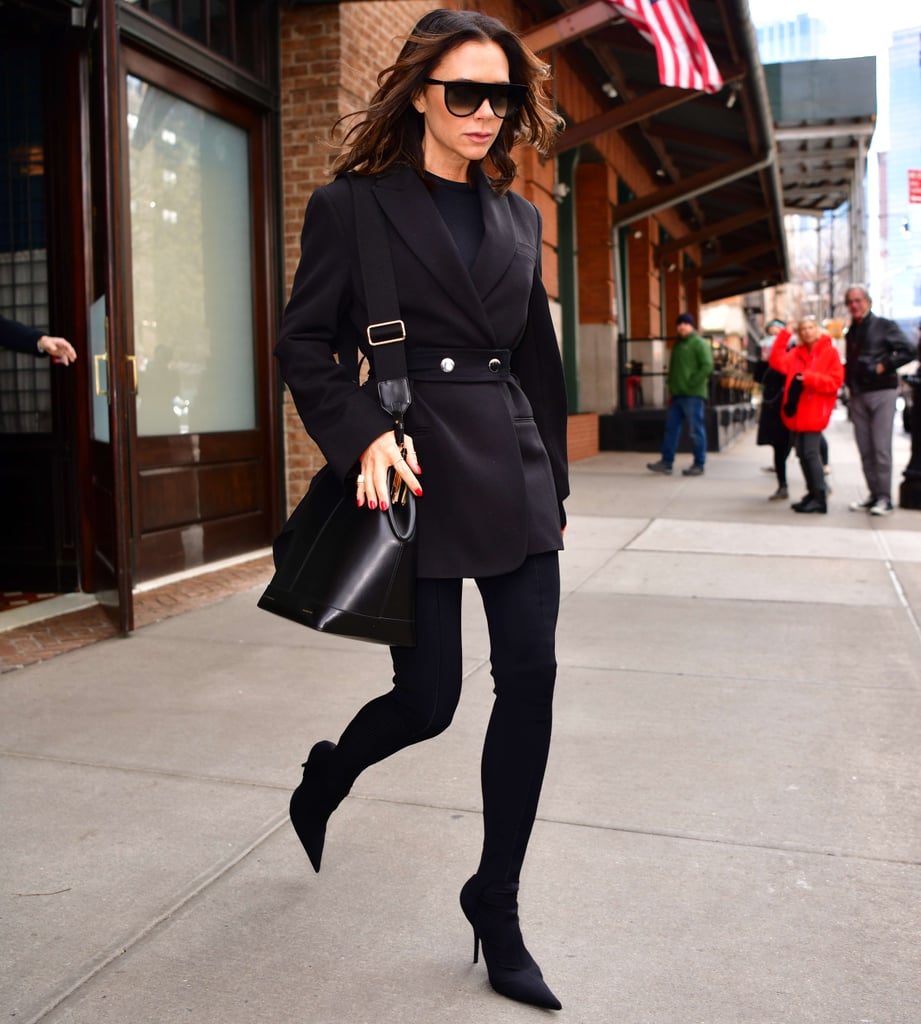 Victoria Beckham has never met a trend she's too afraid to try. Though the singer-turned-designer definitely has a signature look, over the years, we've seen her experiment with everything from PVC catsuits to all-over leopard print. On Thursday, she gave another tricky look a try when she sported a pair of skinny stirrup pants, stretched over heeled boots. The black ribbed leggings are from her own collection, and she teamed them with a belted peplum jacket from the same collection, both of which you can shop ahead.

However, though she started the day wearing her own label, she did a quick change later that day into something a bit more unexpected. After a spot of vintage shopping, Victoria emerged in NYC having swapped her tailored topper for a more casual camo jacket. She posted a number of videos to her Instagram Stories that showed her trying various items (including a multicolored blanket) during her vintage shopping spree, but it looks like she eventually settled on the jacket, saying "u [sic] can never have too much vintage camouflage." One look at the photos ahead, and we have to agree!

Summer Fashion
Move Over, House Dress; This Spring Is All About the Slip
by Claire Stern 15 minutes ago