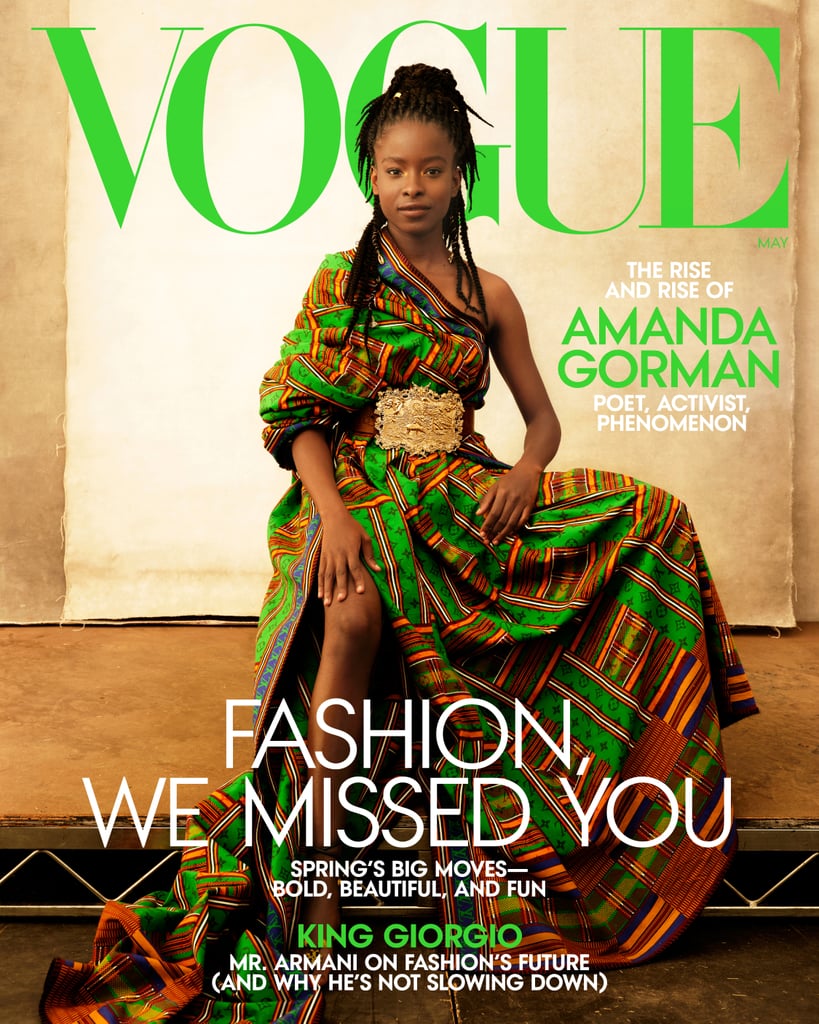 Amanda Gorman is officially a Vogue cover star. The 23-year-old poet was interviewed by writer Doreen St. Felix for the magazine's May issue, and we need to talk about how amazing she looks in the cover story! Ever since Amanda won us over at President Biden's inauguration with her powerful poem, 'The Hill We Climb,' and her yellow Prada coat, we've been in a total trance. In the interview, she talks about becoming so much more than a literary star, her newfound fame, and how she hopes to use her prominence to be "a stepping-stone for change."

Styled by Gabriella Karefa-Johnson, we see Amanda in multiple gorgeous looks from brands ranging from Brother Vellies to Aliétte. On the two covers, Amanda is styled in high-fashion looks by Louis Vuitton by Virgil Abloh and Dior. Our personal favorite has to be the yellow Aliétte dress she wears as it blows in the wind. Designer Jason Rembert also posted the photo on Instagram with the caption, "Custom Aliétte gown in Vogue on Amanda Gorman shot by Annie Leibovitz styled by Gabriella Karefa-Johnson? Man never in my dreams . . ."

Interestingly enough, in the interview, Amanda talks about how her IMG deal was actually in the works way before the inauguration. "I'm not a BRAND AMBASSADOR or anything! When I'm part of a campaign the entity isn't my body. It's my voice," Amanda said. Keep scrolling to take a look at the gorgeous photos which are shot by none other than Annie Leibovitz, ahead.