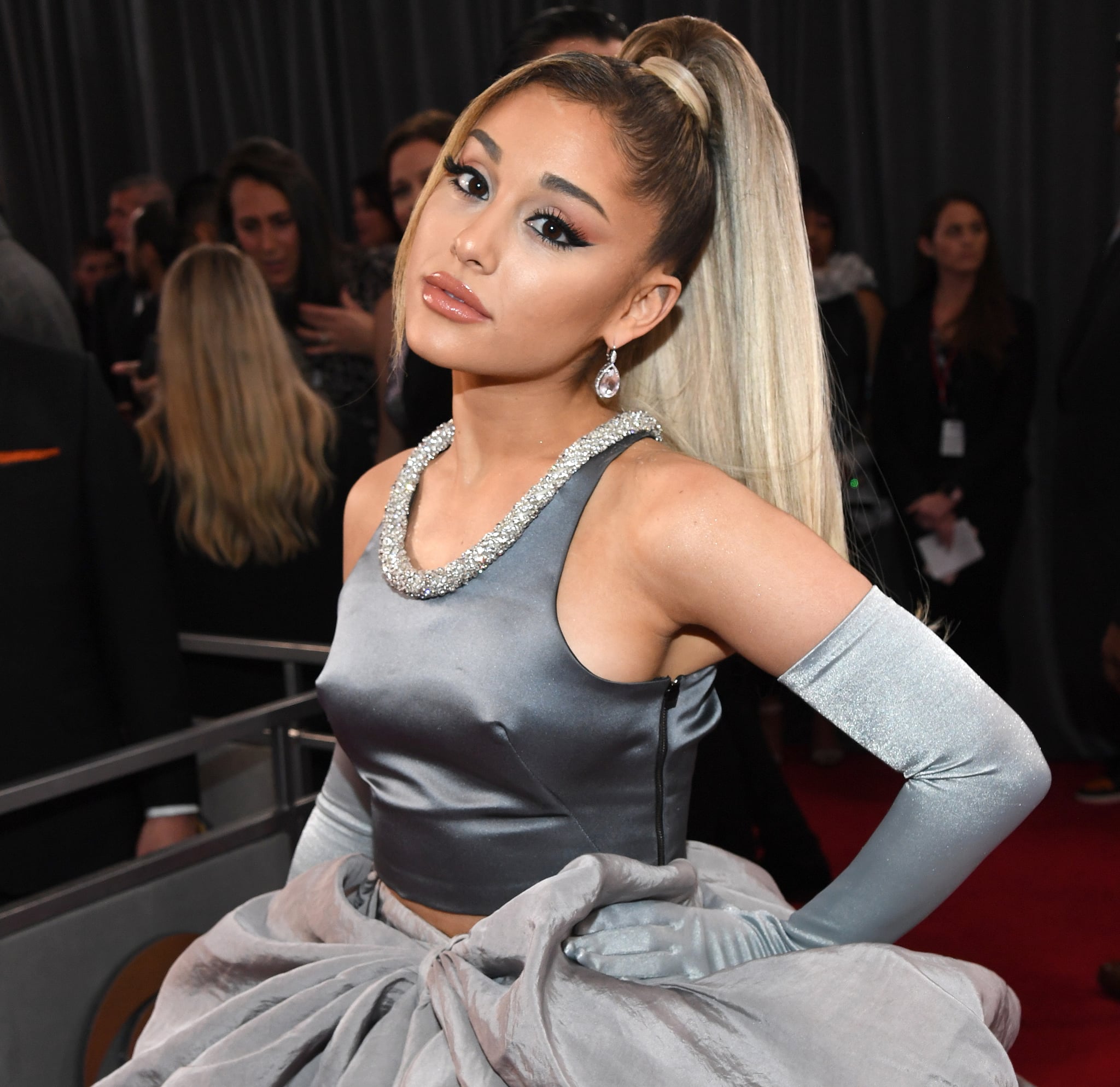 Ariana Grande is married! The Positions singer recently tied the knot with Dalton Gomez at her Montecito home, and we're in awe over her beautiful, unique engagement ring and wedding band. The dreamy engagement ring features an off-set oval diamond sharing a thin band with a delicate pearl, and according to E! News, the accompanying band (designed by Dalton himself) is a custom platinum and diamond pave ring.

nonna had a ring made for me w/ the pearl from grandpa's tie pin. she says he told her in a dream it'd protect me. <3 pic.twitter.com/BkvGSfuGWh

According to Ritani, pearls symbolize loyalty, generosity, and integrity — all great qualities when making plans for your future marriage. Fans were quick to notice the gem looked similar to a special pearl, passed down to Ariana from her grandparents. "Nonna had a ring made for me w/ the pearl from grandpa's tie pin," Ariana tweeted back in 2014. "She says he told her in a dream it'd protect me." Ariana hasn't confirmed if the engagement ring is indeed the same, but a pearl is surely a meaningful stone, regardless.

Celebrity Instagrams
Marlyne Barrett Thanks Fans For Encouragement Amid Cancer Diagnosis: "It Means a Lot"
by Chanel Vargas 8 hours ago