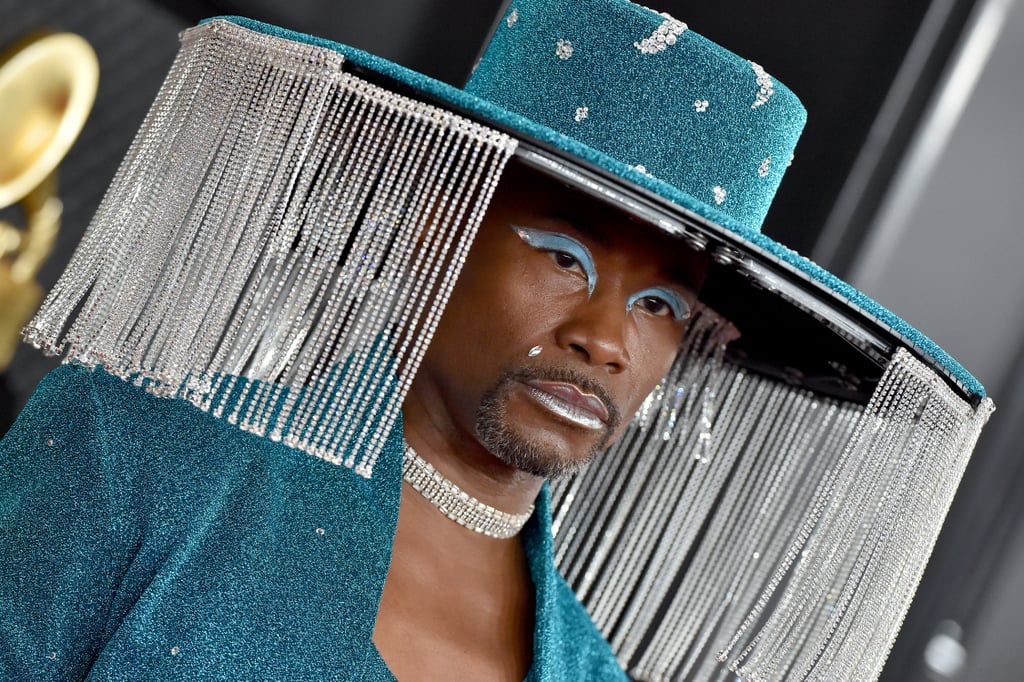 As the saying goes, great minds think alike — perhaps more so when they share the same name. In a recent virtual appearance on The Tonight Show, Billy Porter revealed that the inspiration behind his meme-ready, mechanical hat at the 2020 Grammys was actually Billie Eilish.

"It came about because when we were at the American Music Awards, I was right behind Billie Eilish on the red carpet, and she was wearing this Gucci veil. It was so cute," Billy told Jimmy Fallon. (It's worth noting that Billie's veil that evening was actually by Burberry, but she would later go on to wear a Gucci face mask to the Grammys.) Though Billy loved the look, he was hesitant because, "I'm never wearing something that covers up my face. I've waited too long for this moment. Folks need to see my face."

"Somebody's gotta do it."

That's when his stylist, Sam Ratelle, offered a perfect solution: "What if the veil opened and closed electronically?" And thus, the retractible fringe hat was born from Sarah Sokol Millinery. Billy added, "Somebody's gotta do it." Watch Billy reflect on the memorable red carpet moment ahead, then browse a few photos of both the look and its original inspiration. 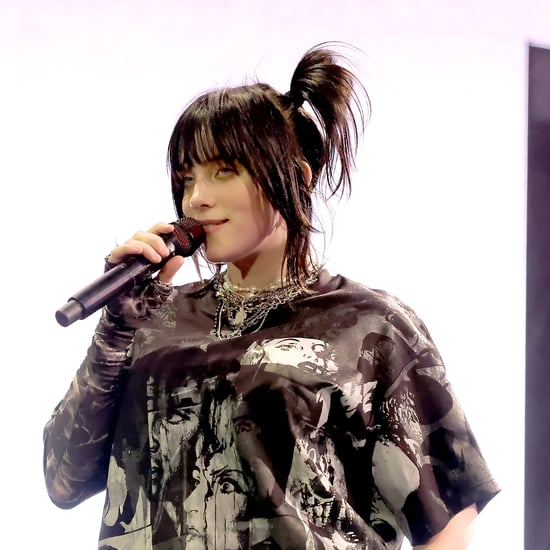 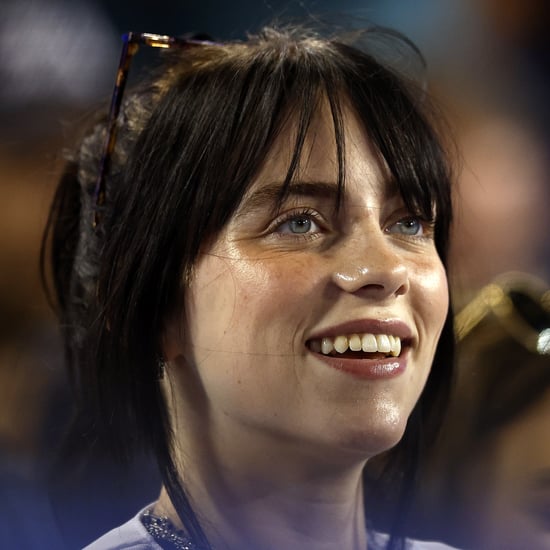