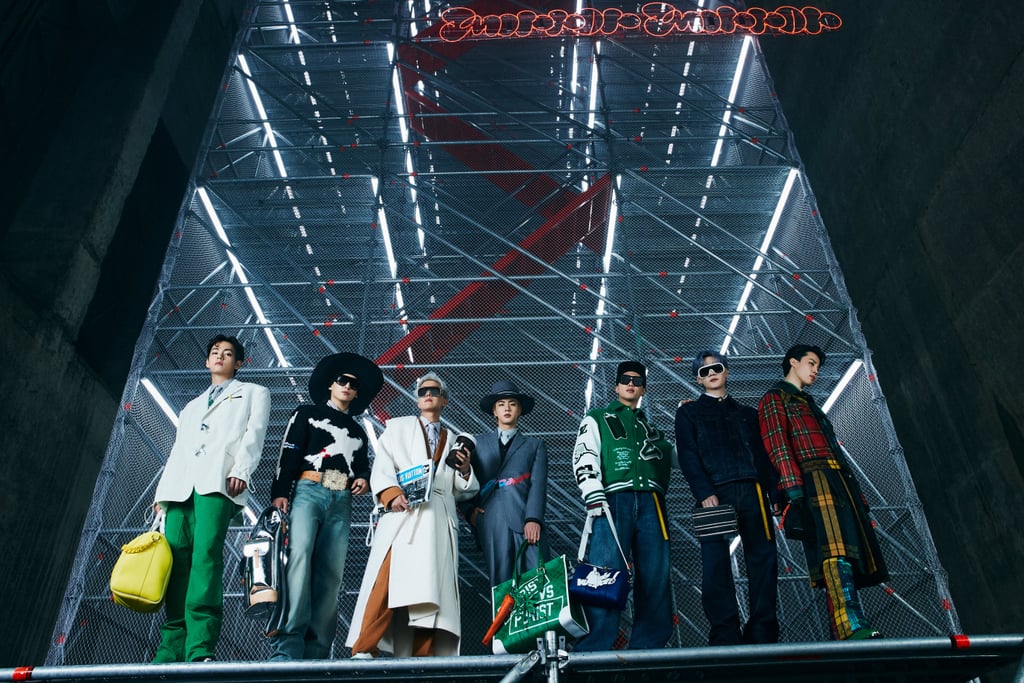 This spin-off show is part of Abloh's "The Voyage" series, which he started in 2020. The designer takes his creations around the world to meet customers where they are. The runway show featured 34 additional new looks, some of which were modeled by the stylish singing sensations. BTS also starred in a movie directed by South Korean director Jeon Go-woon, which was a "conversation between space, movement, and global connectivity" and "explores the city of Seoul through the lens of diversity," according to the press release. As Louis Vuitton brand ambassadors, BTS wore seven looks originally presented in the performance-art film released back in January.

Ahead, check out every look from Louis Vuitton's fall 2021 menswear spin-off show.