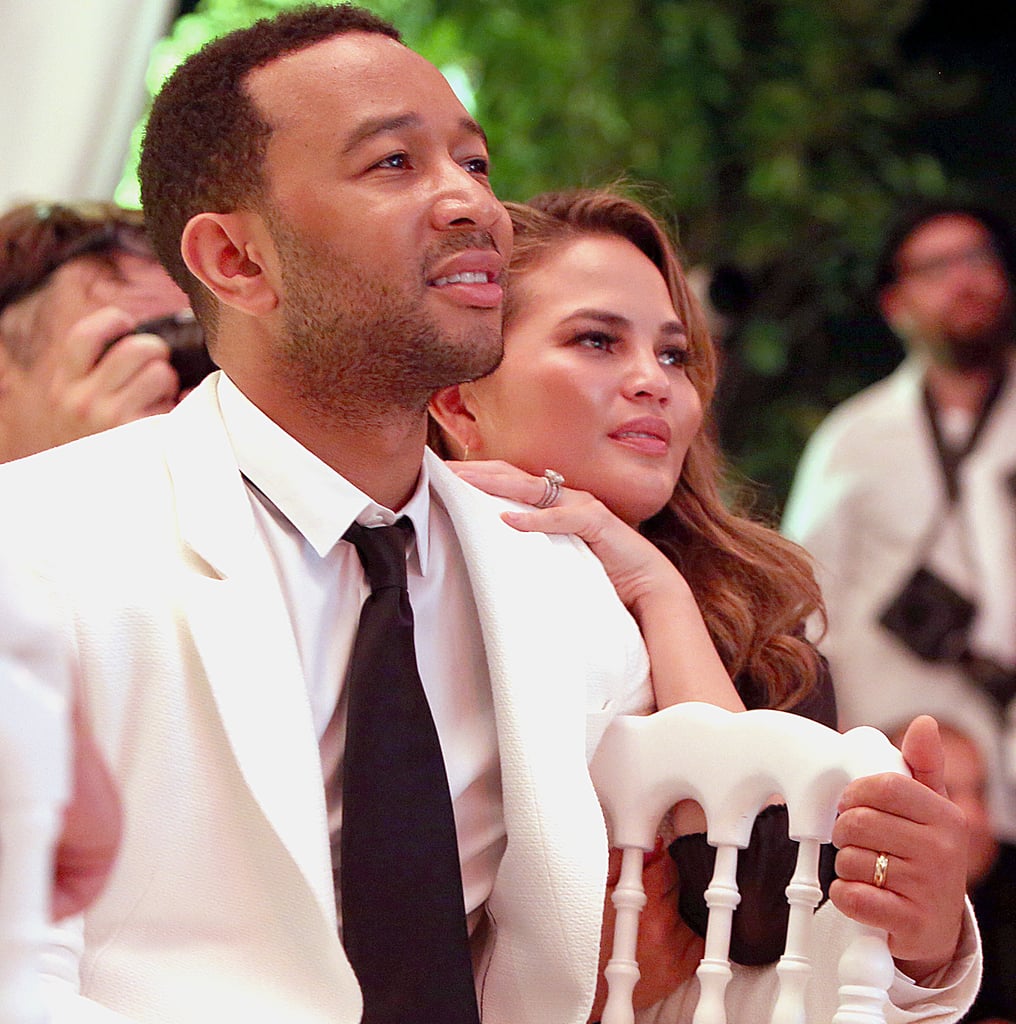 Want to know the funny thing about Chrissy Teigen? Psh, what am I saying — Chrissy has a way of making everything funny. But after she was given her cushion-cut engagement ring from John Legend in 2011 during a vacation to the Maldives, she didn't know much about the new sparkler she was wearing on her finger. "All I know is that it's a cushion cut, and I had never even heard of that before," Chrissy reported to InStyle at an event soon after the engagement announcement. John later famously told Oprah that at the airport on the way to the Maldives, security wanted to go through his bag and almost revealed the ring box while Chrissy was standing right next to him. Luckily, he was saved by fate.

Many ring experts have reported that the cost of the cushion-cut stone — which appears to be over five carats — must be well over $150,000. What's more, Chrissy regularly wears it between two pavé bands that amplify the accent stones around the ring along with those in the under gallery that seem to lift the beautiful diamond up toward the heavens. Sigh. If only . . . Scroll down to see how Chrissy normally wears her ring alone, then check out her beautiful stack that can be seen on many red carpets past, when the event clearly calls for a little more bling.