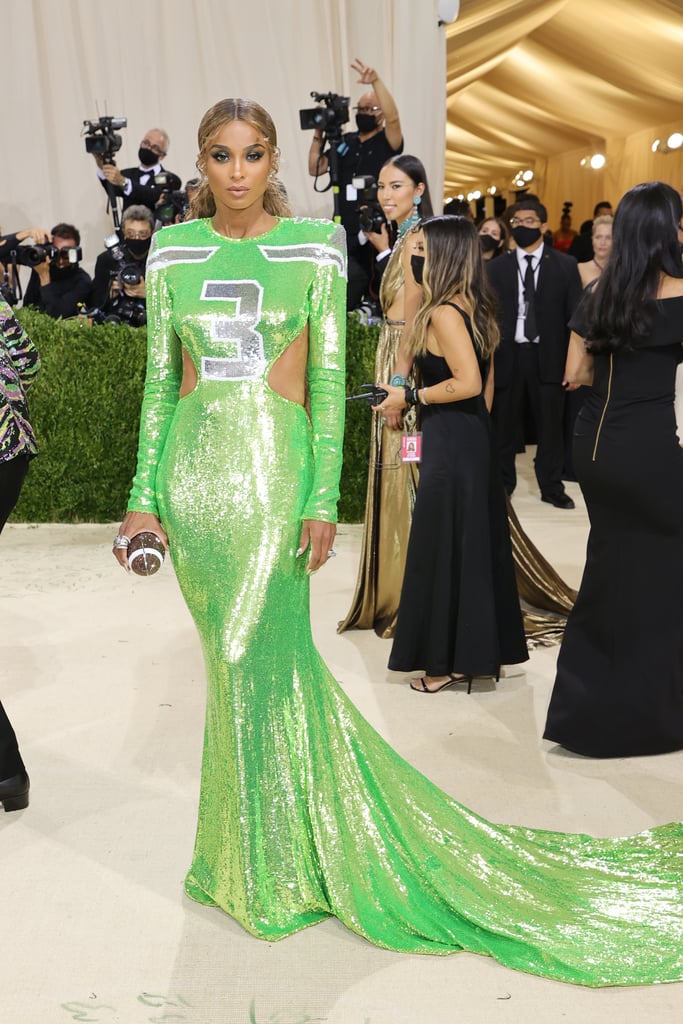 When it came to the 2021 Met Gala, Ciara understood the assignment and she ran with it . . . she ran with it right into the end zone. On Monday night, the stunning singer and mom of three stepped out on the red carpet wearing a jersey dress by designer Peter Dundas that resembled none other than her husband Russell Wilson's NFL jersey. The lime-green sequined dress was inspired by the Seattle Seahawks quarterback's number 3 jersey. With the theme of the Met Gala being "In America: A Lexicon of Fashion," Ciara rocked a football-shaped purse and Russell's 2013 Super Bowl ring — because there is nothing more American than football!

During her red carpet interview with Keke Palmer for Vogue, Ciara said she and Peter were inspired by Geoffrey Beene's iconic football jersey dresses from the late 1960s. Her dress featured a gorgeous open back and cutouts, and she styled it with a bronde power ponytail. Check out Ciara's Met Gala jersey dress from all angles ahead.