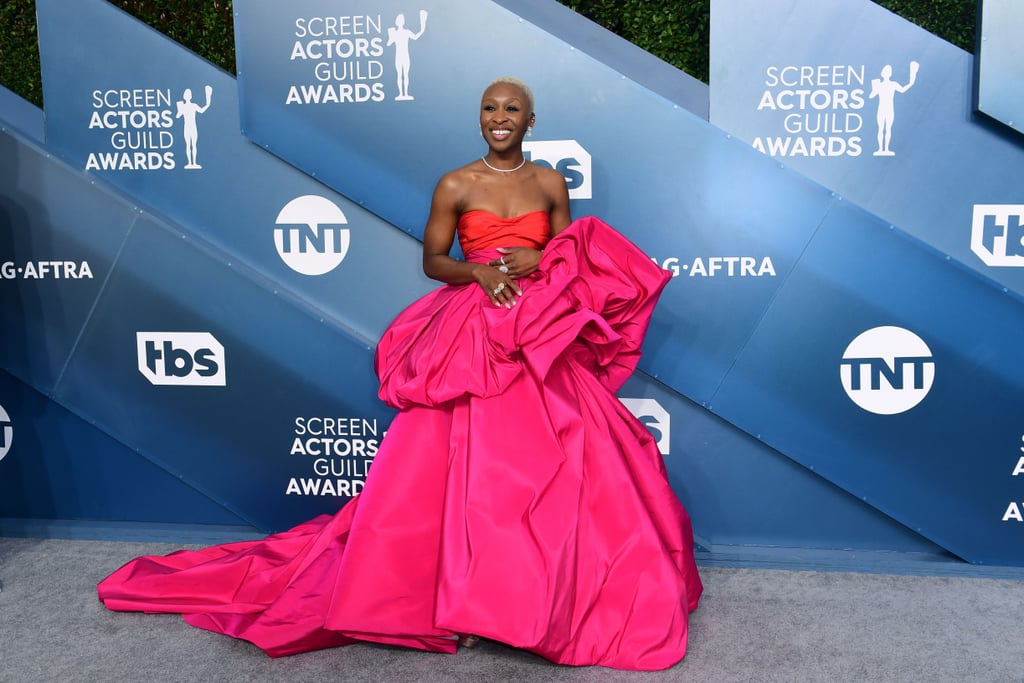 Glamour Is Cynthia Erivo at the SAGs — Look It Up

Cynthia Erivo's award season streak continued on Sunday on the SAGs red carpet with a gown that brought the drama and then some. The pink and red two-tone strapless confection came replete with a train, because, well, every queen needs a great train, right? The actress, who's nominated for her performance in Harriet, walked the red carpet looking like glamour personified. Part of that is thanks to the ballgown, part is thanks to the megawatt Roberto Coin jewels, but mostly, it's a testament to the woman herself. Give it up for Cynthia's red carpet prowess, and see every angle of the stunning dress here.

Lizzo
Lizzo Wore a 24k Gold Bar Clutch on the Red Carpet, So Consider the Bag Secured
by Karenna Meredith 1 day ago

Rihanna
Rihanna Gives a Galvanizing Speech at the Image Awards: "Fix This World Together"
by Brea Cubit 1 day ago