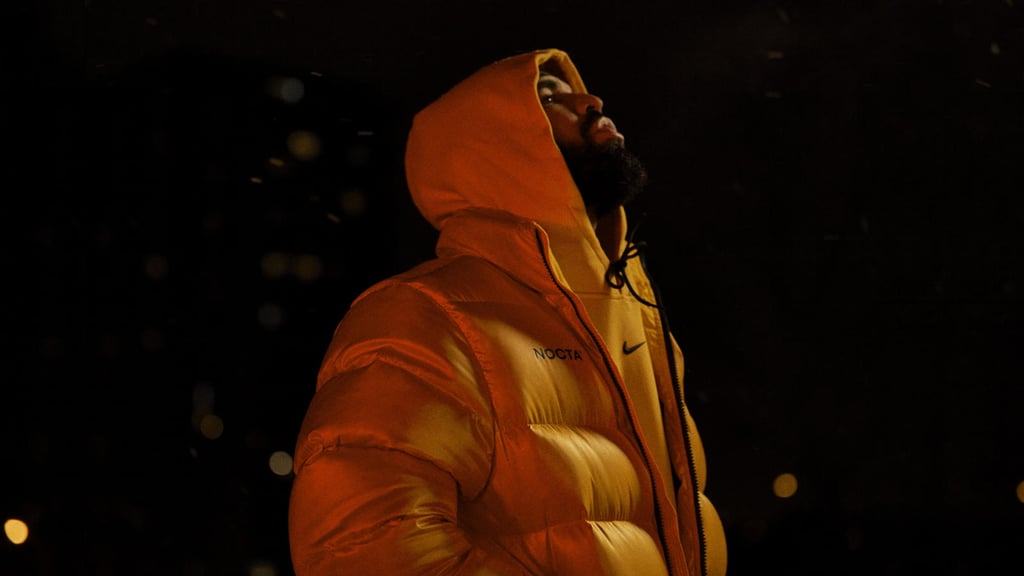 OK, I have a confession: I have Instagram post notifications on for Drake. I said it. I'm not sure when I turned them on or how to turn them off, but here we are with a notification every time he posts. So, when the Champagne Papi posted a video on Nov. 22 with a mysterious Toronto backdrop and the Nike logo, the wheels started spinning. Drake was teasing his upcoming collection with Nike, set to release on Dec. 18. On Dec. 2, the collection in question was revealed as NOCTA, which is a Nike sublabel that serves as "a nod to the artist's nocturnal creative process."

In a press release, Drake reflected on what NOCTA means to him and how it's more than a collection. "NOCTA is about creating something for people on the move. People who want functional, comfortable fits that are adaptable from one environment to the next," he wrote. "It's also about a mindset: an unforgiving drive, a relentlessness. Characterized by the type who are on the road all day, all night — the grinders, the hard workers — trying to accomplish their goals and taking no shortcuts . . . With NOCTA, we were trying to make the hardest jacket, the hardest tracksuit, the hardest gloves. Just the best of that world."

It's not the first time Drake has collaborated with the athletic brand, as in October he released his Certified Lover Boy merchandise ahead of his sixth studio album of the same name that will release in January. He signed with the Nike-owned Jordan Brand in 2013 before releasing a few pairs of exclusive sneakers, and recently spent time at Nike's world headquarters in Oregon.

But this upcoming December collection has a different feel to it since it's not tied to his album and simply a sub-label filled with swag-infused pieces for the winter months. Check out photos of NOCTA ahead, and get excited to shop the pieces on Dec. 18.