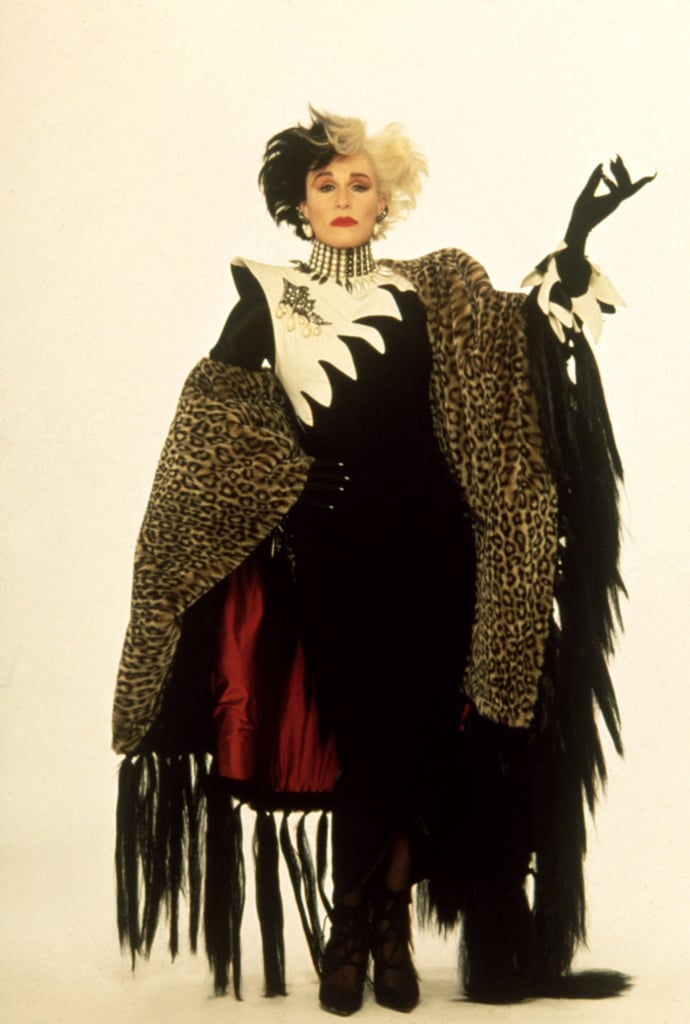 Cruella de Vil walked so that Miranda Priestly could run — and she is absolutely one of the greatest fashion villains of all time. It's no surprise that a queen of similar stature, Glenn Close, got it written into her 101 Dalmatians contract that Disney would let her keep her entire Cruella de Vil character wardrobe — how divine!

Close sat down with Pete Davidson to chat about their most memorable projects for Variety's Actors on Actors series for Amazon Studios. "Did you take any of Cruella's wardrobe? It was so fabulous," Davidson asked Close, who played the stylish villain Cruella de Vil in the '90s hit 101 Dalmatians and the sequel 102 Dalmatians. Close confessed that "I got in my contract that I got to keep all my costumes that I wore in the movie. Then when they found out how expensive they were, they were unhappy that it was in my contract. They wanted to make another copy, another set, for me. I said 'no.'"

Ahead, a closer look at some of those iconic Cruella de Vil costumes from 101 Dalmatians and 102 Dalmatians.