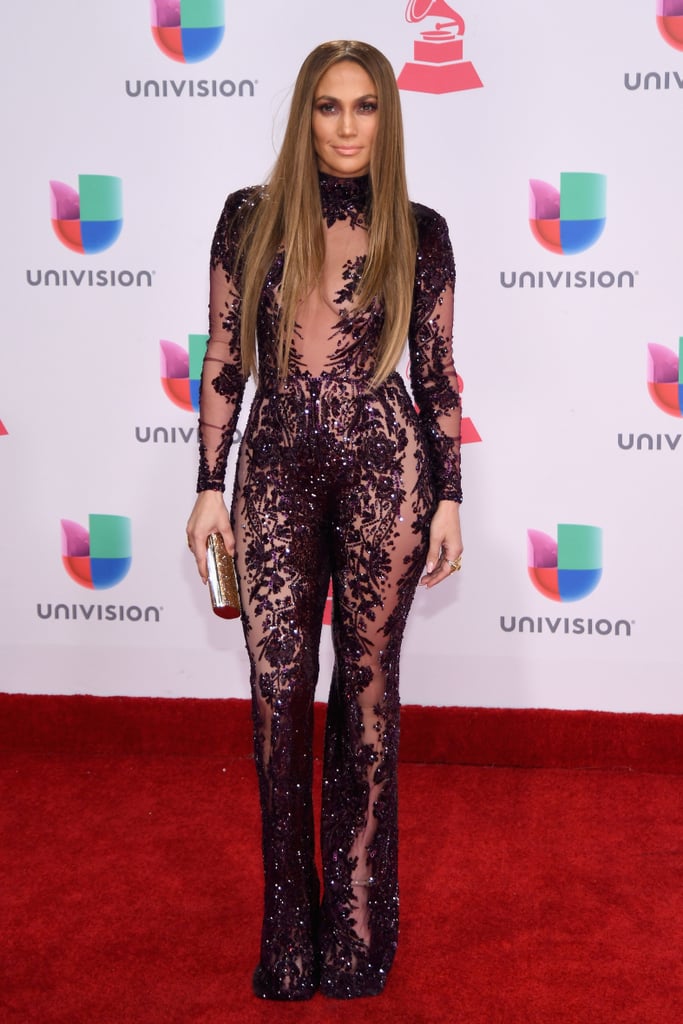 Jennifer Lopez never disappoints when she walks the red carpet at awards shows, and the looks she's served at the Latin Grammy Awards are no exception. Though J Lo has surprisingly only attended the annual award show (which celebrates achievements in the Latin music industry) a handful of times, she's always stunned, especially at the 17th Annual Latin Grammys, where she sported not one, not two, but three different looks. From the first Latin Grammys in 2000 to her last showstopping appearance in 2016, we've rounded up every gown she's ever worn for the event, and these looks have us wishing she would attend more often.

The 20th Annual Latin Grammy Awards will be held on Nov. 14, and though her ex Marc Anthony is up for record of the year, we'll just have to wait and see if J Lo will make another rare appearance. Fingers crossed!