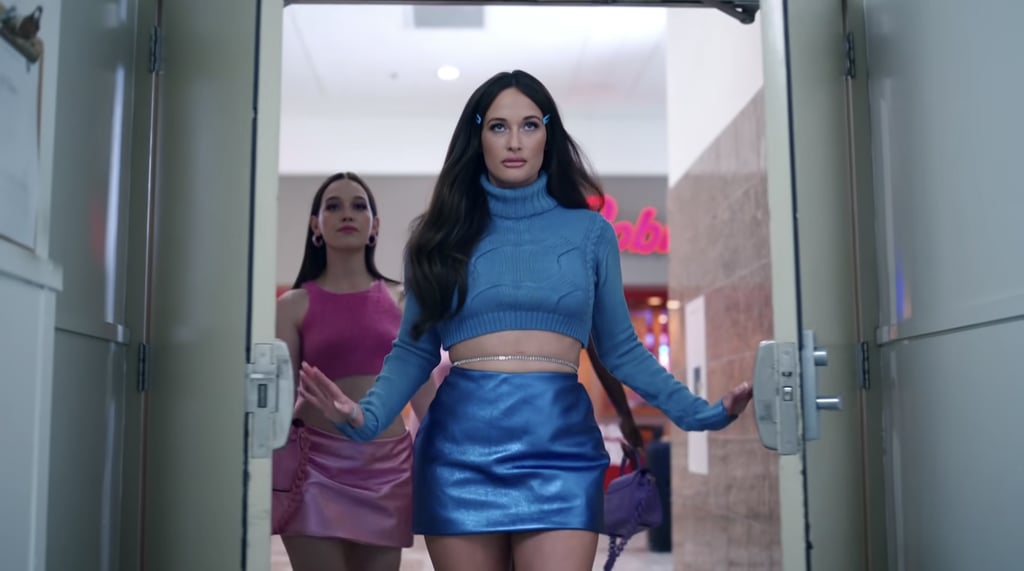 Kacey Musgraves is feeling nostalgic. In her new music video for "Simple Times" — a song off Star-Crossed that fondly looks back at her analog adolescence — the singer enlisted rapper Princess Nokia, actress Victoria Pedretti, and drag star Symone to roam around the mall in outfits paying tribute to '90s supermodels. To drive home the video's bratty aesthetic, the four wear metallic miniskirts paired with matching crop tops and socks under platform heels.