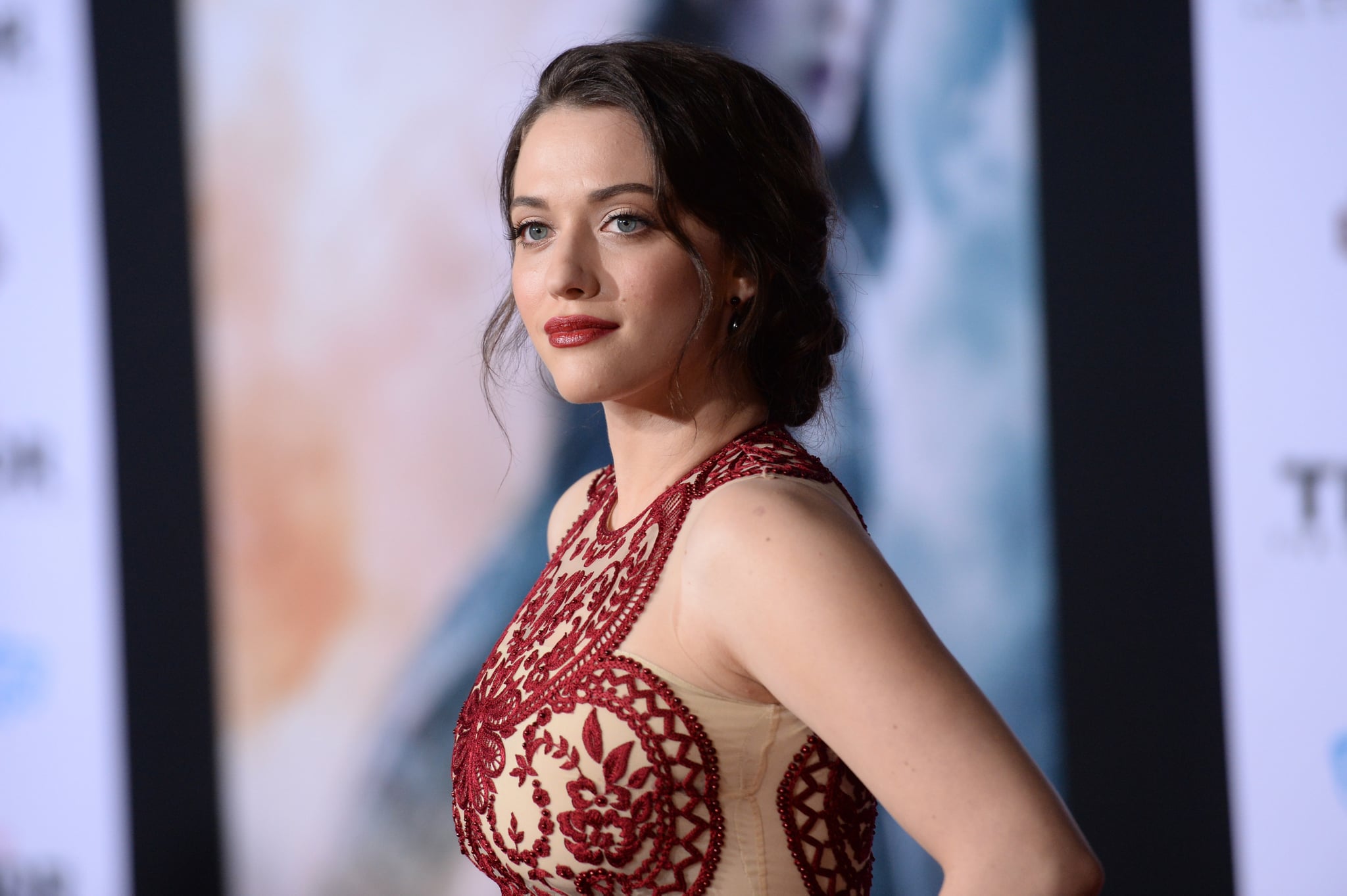 Kat Dennings now has quite the classic accessory to go with her sophisticated fashion sense. The WandaVision actress and Dollface star announced her engagement to rock singer Andrew W.K. on May 13, sharing sweet photos presumably from the momentous day. "Don't mind if I do," Kat captioned the post, which included a close-up shot of the ring and a photo of the somewhat-unexpected, under-the-radar couple in an embrace.

Matching perfectly with her chic candy-apple-red manicure, Kat's ring features a cushion-cut diamond flanked by smaller — yet no less brilliant — stones. Rare Carat CEO Ajay Anand estimated the diamond weighs four carats, for a total retail value of about $75,000. Take a closer look at the ring below, and be prepared for the swooning that may ensue.