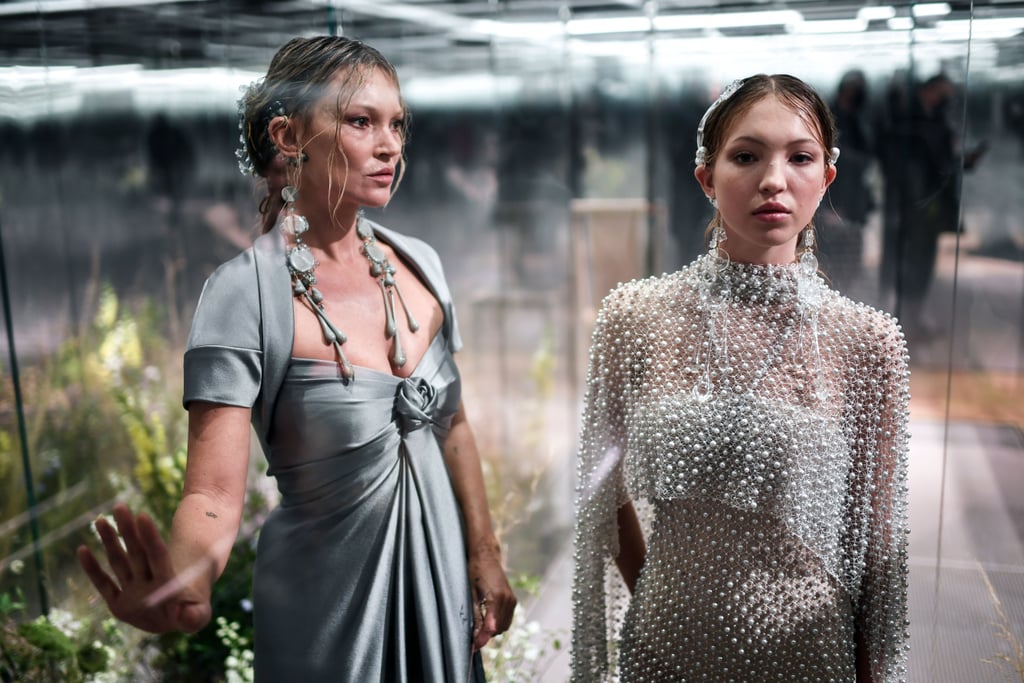 Lila Grace Moss-Hack has clearly learned a thing or two from her supermodel mom, Kate Moss. On Jan. 27, the two walked the runway together for the first time at the Fendi spring/summer 2021 couture show during Paris Fashion Week, which also marked designer Kim Jones's first collection as the brand's creative director. "The importance of family — both real and chosen — is celebrated through the cast who model the collection, who each inhabit glass vitrines transformed into rooms of their own," the show notes read. Jones continued, "Fendi represents artisanal quality of the highest order, and it is all about family."

The 18-year-old model, who is Kate and former partner Jefferson Hack's only child, strutted down the catwalk first, in a stunning beaded caped gown over a bodysuit. Her mom followed shortly after, wearing an elegant embellished satin gown. Afterwards, the pair also posed together in a glass box for attendees to get a closer look at their couture looks. Joined by the likes of Naomi Campbell, Demi Moore, and Bella Hadid, the show was certainly a star-studded affair.

Lila made her runway debut just a few months ago at Paris Fashion Week, where she opened Miu Miu's spring/summer 2021 show in October. It's clear the supermodel genes run strong — though Lila is only 18 years old, she's already making a name for herself in the modeling world. Ahead, see photos of the mother-daughter duo working it at the Fendi show.