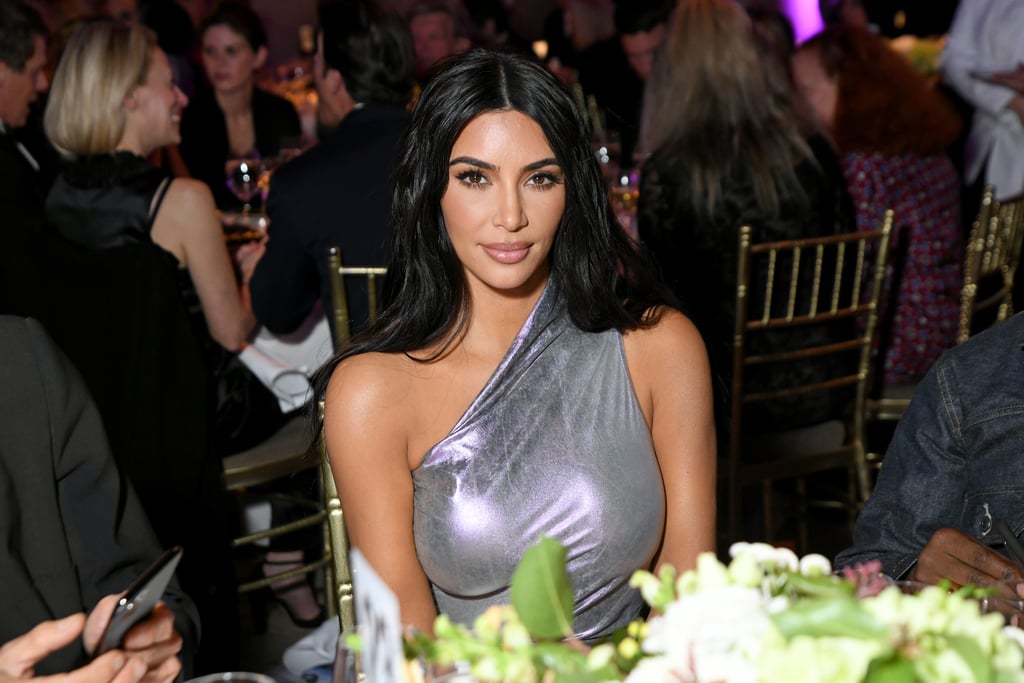 Kim Kardashian has acquired another piece of pop culture history. The star was recently the highest bidder on Janet Jackson's iconic "If" outfit. After three bids, Kim paid $25,000 for the suede, bone-adorned vest and matching lace-front pants that appeared in the 1993 music video about voyeurism and technology. "I'm such a fan," Kim wrote on Instagram Stories. "I can't believe I won this outfit."

The outfit was available through Julien's Auctions three-day sale in celebration of Janet's 55th birthday on May 16. Over a thousand outfits, tour costumes, and personal items were up for auction, including Janet's Rhythm Nation tour jacket, the unique key earring she wore on a number of occasions, and a cardigan she wore in Poetic Justice. The auction's most expensive item ended up being the edgy outfit she wore in the "Scream" music video, which ended sold for $125,000.

Watch the "If" video ahead and see photos of the outfit that'll soon be in Kim's closet.

Related:
How the Kardashians' Style Has Evolved Since Keeping Up With the Kardashians First Aired
Previous Next Start Slideshow
Kim KardashianJanet JacksonNostalgiaCelebrity StyleThe '90sMusic VideosVintage

Anya Taylor-Joy
Anya Taylor-Joy Is a Goddess Among Mortals In This Shimmering, Sheer Dior Gown
by Hannah Weil McKinley 12 hours ago

Irina Shayk
From Exposed Bras to Combat Boots, Irina Shayk Knows How to Make an Outfit Sexy
by Yerin Kim 15 hours ago