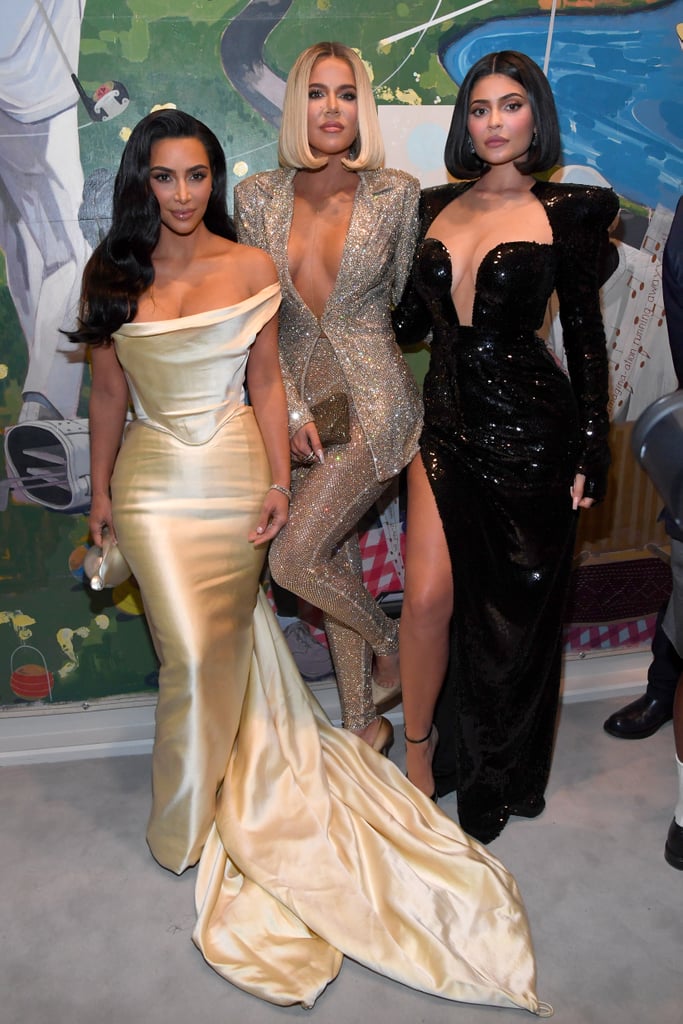 What do you wear to your friend's 50th birthday party? A vintage wedding dress, if you're Kim Kardashian. Kim and husband Kanye West attended Diddy's star-studded bash alongside stars like Beyoncé and JAY-Z. Bey chose a jaw-dropping outfit for the party: a strapless velvet gown featuring sparkling crystal detailing, reminiscent of a Thierry Mugler ensemble she wore during her I Am... World Tour from 2009 to 2010. Kim also opted for an eye-catching design and slipped into an archival piece from Vivienne Westwood.

Kim's body-hugging gown featured the designer's iconic corset silhouette and was from the late British designer's 1999 bridal collection. I'm personally not that shocked that she wore a vintage dress since she's been bringing out a ton of statement pieces for various events lately. (How can we forget her how-is-this-even-staying-on Mugler dress that got the internet buzzing for more than one reason?) The color of the off-the-shoulder silk number sparked a healthy debate among our editors. One editor thought the shade was "banana-esque," while another felt it was more on the eggshell side. Either way, Kim's dress was certainly eye-catching. She finished her outfit with diamond studs, a matching bracelet, and a Chanel sculptural bag. Read on to get a closer look at her dress.

Related:
Kim Kardashian Wore the New Space-Age Yeezys, and We're Not Sure How We Feel About Them
Previous Next Start Slideshow
Kim KardashianDiddyCelebrity BirthdaysChanelAll AnglesDressesWedding DressesVintageVivienne WestoodBridal

Celebrity Instagrams
Britney Spears Celebrates Her Birthday by Posting a Tribute to Her Sister, Jamie Lynn Spears
by Sabienna Bowman 12 hours ago