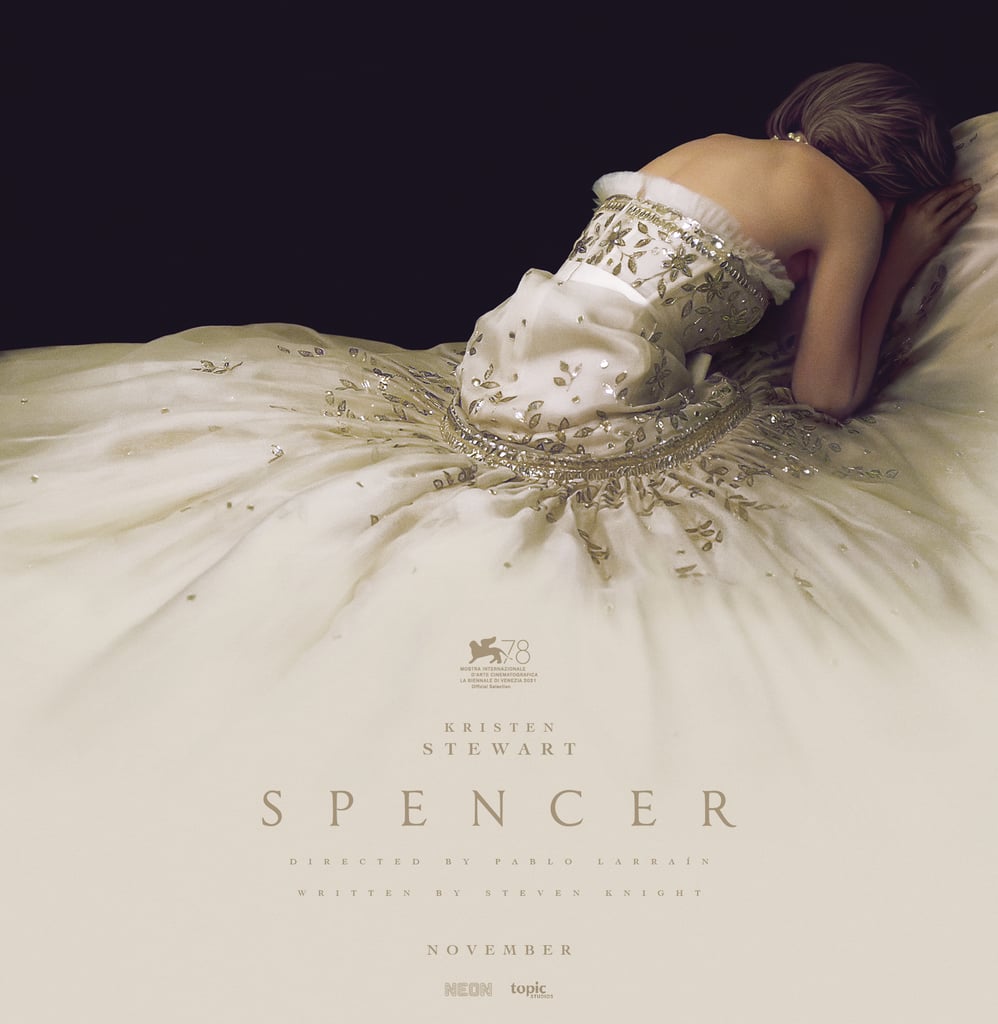 While Spencer costume designer Jacqueline Durran has not admitted to taking direct influence from Princess Diana's looks for Kristen Stewart's costumes, the new movie poster has us dissecting every detail. Neon distributed the above teaser of Pablo Larraín's Spencer on Aug. 25 ahead of its Nov. 5 release date, and it's an image of Kristen as Diana, slouched over her strapless gown that's stitched with regal gold Lesage embroidery, courtesy of Chanel. The number took 1,034 hours of work, and is a recreation of look 82 from the spring/summer 1988 Haute Couture Show. It happens to look a lot like the Emanuel-designed number Diana wore to the 1987 James Bond premiere for The Living Daylights. Also similar? The choice in accessories. Diana famously wore a single strand of pearls to the event, and it appears as though Kristen's got the same type of necklace on.

Of course, this creation was dreamed up by the Chanel atelier and approved by Jacqueline and her wardrobe team — and we don't know exactly what their mood board looked like. According to director Pablo's Venice Film Festival statement, "We didn't aim to make a docudrama, we wanted to create something by taking elements of the real, and then using imagination, to tell the life of a woman with the tools of cinema. That is why cinema is so fantastic: there is always space for imagination." Imagine what you will, but from our careful comparisons, we'd venture to say Diana's Bond dress was highly considered here when settling on this dress for the film. Scroll to check out both looks until we see more from the outfits on set.