The Big Apple location is no accident — Kors supported the theater industry with a personal donation to The Actors Fund in honor of the brand's milestone, as well as a company donation. Ahead of the catwalk debut, his stream began with a personal greeting and cameos from Broadway A-listers (Billy Porter, Bette Midler, Rosario Dawson, and Debra Messing, to name a few) in a film created by actor/director/producer Erich Bergen. "The theater is the heartbeat and the pulse of New York City and an endless source of inspiration for me, so to see Broadway shut down has been really heartbreaking. It's an honor and a dream come true to celebrate my 40th at Shubert Theatre and to have someone as brilliantly talented as Rufus Wainwright perform live. This show is my fantasy night out," Kors stated in a press release about his new collection.

As for the clothes, they are an ode to New York City opulence and fast-paced living, featuring everything from menswear-inspired tailoring in classic prints and pinstripes teamed with oversize, lavish coats to sequined midis with cutouts (like the one you see on Ashley Graham) and floor-sweeping, sequin, and crystal adorned metallic gowns. The pieces are mostly based on archival designs, and those included in the MK40 Reissue Capsule selection will each come with a unique QR code, so customers can discover the stories behind them. Above, rewatch the 12-minute show designed and produced by Bureau Betak, then scroll to see every "laid-back meets luxurious" look, based on optimism and showcased with a more diverse lineup of models — with different body types and from different backgrounds — at least than we've seen recently. Cheers to that! 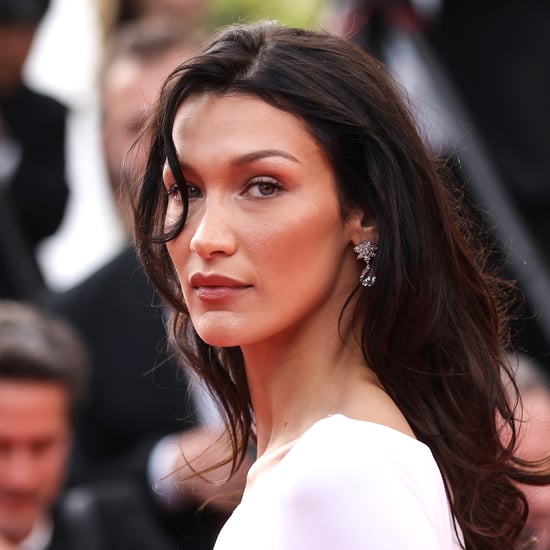