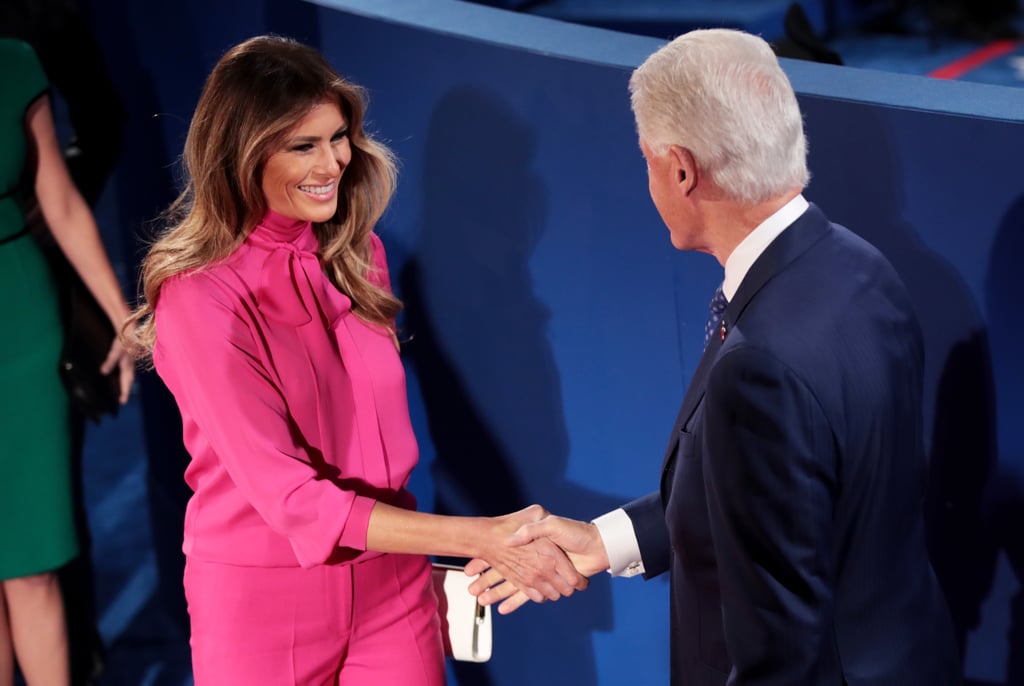 During the 2016 election, Melania's Gucci pussy-bow blouse caused a frenzy on social media. She wore it to the second presidential debate between Donald Trump and Hillary Clinton, when a few days prior a recording of Trump's vile comments about women went viral.

It was in an Access Hollywood interview with Billy Bush that Trump said, "When you're a star, they let you do it. You can do anything. Grab them by the p*ssy." With this conversation fresh on everyone's mind, Twitter users and media outlets quickly shed light on the possible innuendos of Melania's shirt.

Megan Fox
Megan Fox Traded Her Top For Rhinestone Mesh, and Suddenly, the Temperature's Rising
by Karenna Meredith 22 hours ago