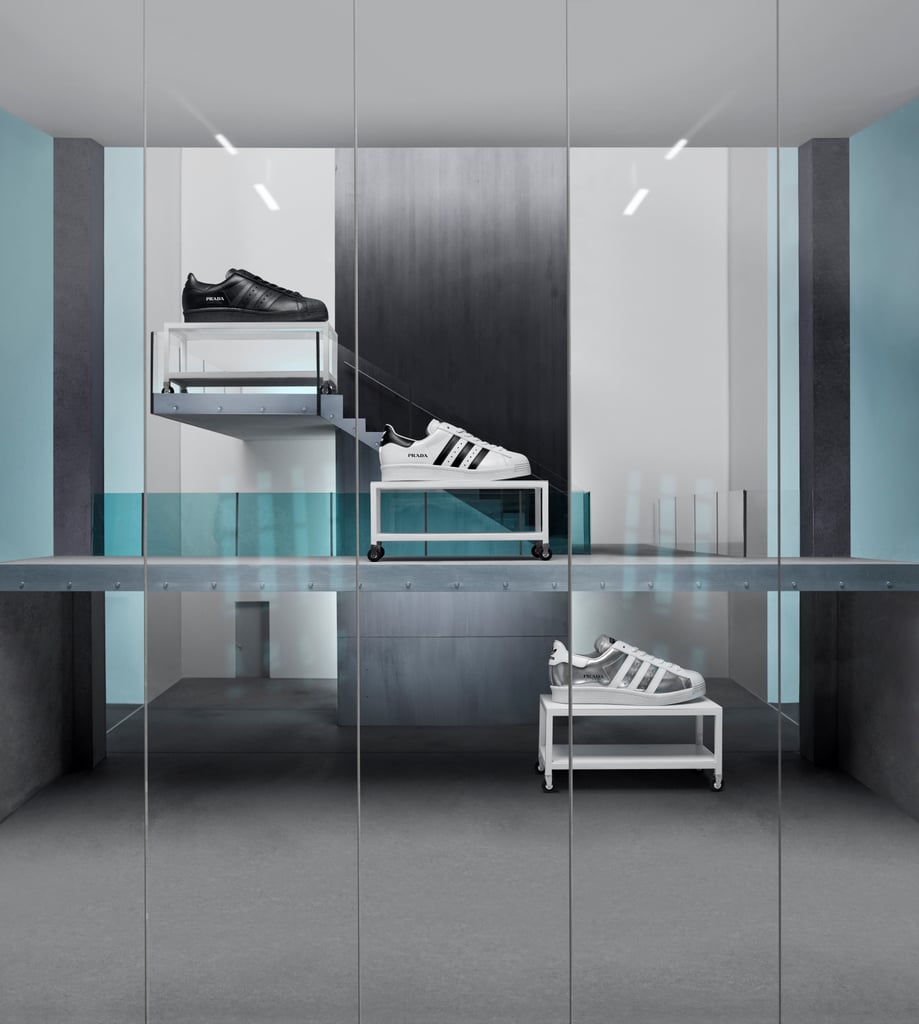 Prada and Adidas will continue churning out designer footwear. After partnering last year on a limited-edition capsule collection consisting of a bowling bag and slightly updated iteration of the classic Superstar sneaker, the differing brands have now unveiled their second release: even more Superstar sneakers — this time, in monochrome black, white with black stripes, and a futuristic chrome silver. "For a new decade, a new point of view," the press release said.

Apart from the new colorways, the Prada for Adidas Superstar sneakers are pretty true to the original silhouette and style, except they prominently feature both brand logos and a "Made in Italy" heat-stamp on the side. The campaign, meanwhile, is inspired by the actual making of the shoes and shows a miniature (and probably more stylized) re-creation of Prada's manufacturing process. The brands have also already begun teasing their next collection, which will be tied to the America's Cup sailing yacht race.

The new sneakers will be available online and in both Adidas and Prada stores starting Sept. 8. Unsurprisingly, the luxury collaboration carries with it a luxury price tag: each sneaker is listed at $525 on the Adidas Confirmed app. Take a closer look ahead. 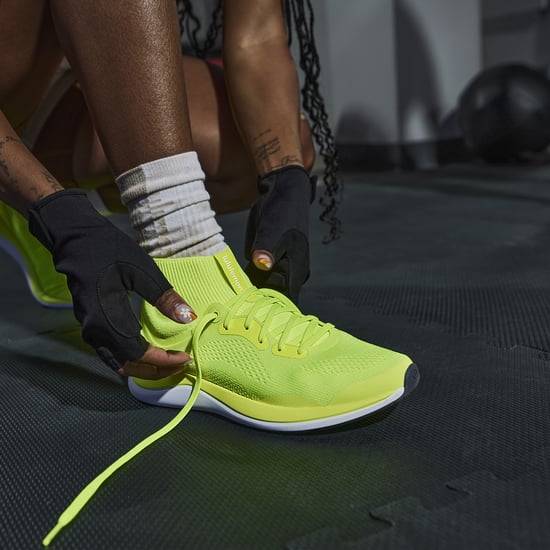 lululemon
Can Any Workout Shoe Really Do It All? Lululemon's Chargefeel Gets Damn Close
by Maggie Ryan 1 week ago