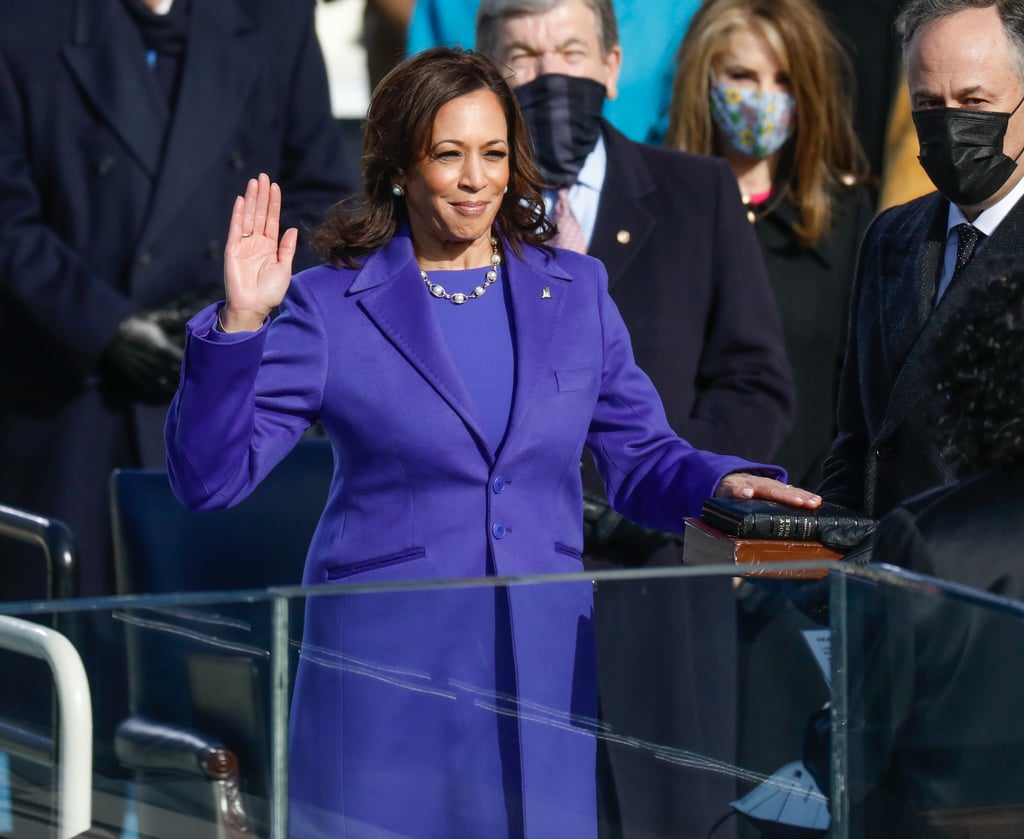 If you're wondering whether there's significance behind Vice President Kamala Harris, former First Lady Michelle Obama, and former First Lady and Secretary of State Hillary Clinton all wearing purple during the presidential inauguration, there most certainly is. (Even Senator Elizabeth Warren decided to wear a purple scarf for the historic event!) So, why purple? It's because the color represents bipartisanship and the country coming together. It's a combination of red (representing the Republican Party) and blue (representing the Democratic Party) to create purple. In case you weren't aware, swing states are also often called "purple" states.

Another reason is that purple is the color of the suffragist movement. Harris actually choose the color white to deliver her victory speech back in November, which is another suffragette color, so it made sense that she would choose purple this time around. Purple represents "the royal blood that flows in the veins of every suffragette, the instinct of freedom and dignity." Clearly, there is a lot of meaning behind the bold color. Keep reading to see all of the powerful women who chose the color for this momentous occasion ahead.