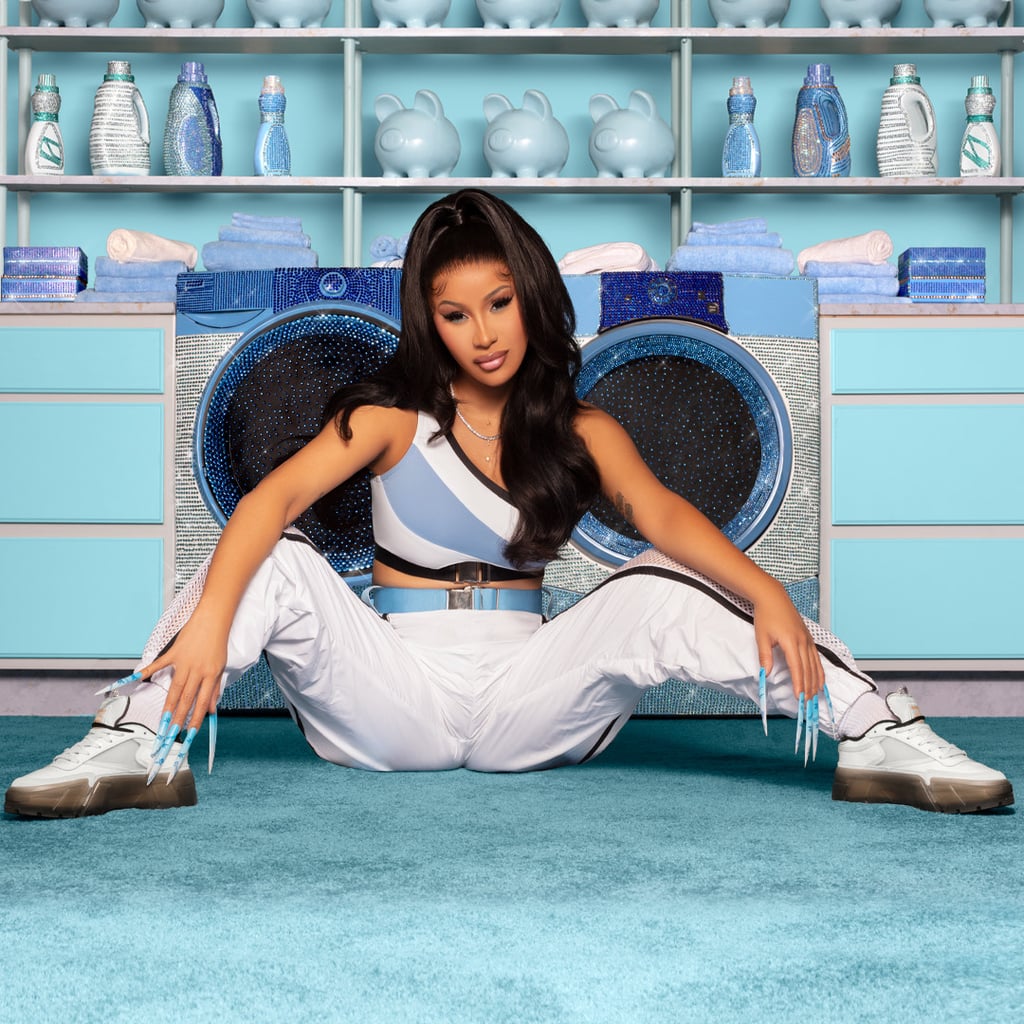 Cardi B celebrated her birthday in a fun, new way by releasing a surprise footwear collection with Reebok. ICYMI: Cardi posted a new photo to her Instagram account this weekend teasing a limited early release of her all-new sneaker with Reebok for her birthday called the Club C Cardis. "I'm kicking off my birthday weekend by announcing I am officially dropping my first ever Reebok x Cardi Footwear Collection on 11/13!! s my birthday gift to my loyal fans I'm dropping limited pairs TONIGHT at MIDNIGHT EST on Reebok.com. #ReebokxCardiB"

In the photo, Cardi is seen showing off the sleek sneakers in front of a washer-dryer unit that was completely covered in blue and silver crystals. There were even laundry detergent and softener bottles that were all blinged out. She wore a white and light-blue sports bra with a pair of white joggers that came with a blue belt. As for the sneakers, Cardi gave the brand's Club C silhouette her own touch. The chunky-soled sneakers cost $100 and have the rapper's name written in glitter on the side. Even the shoelaces are glittery!

While the Club C Cardis sold out in just 18 hours, fans can expect more information on the upcoming footwear collection (which officially drops on Nov. 13) in the coming weeks. In the meantime, get a closer look at Cardi and the sneakers ahead.

Billie Eilish
Billie Eilish Stresses Over the Color of Her Sneakers, and It Will Make You Crack Up
by Sarah Wasilak 12 hours ago 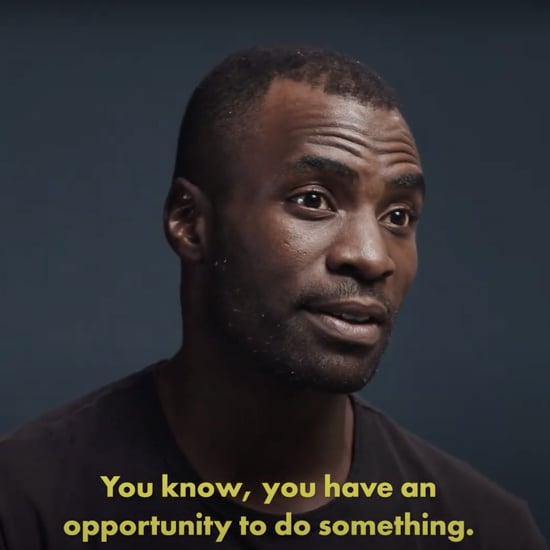