If We Can't Have Selena Gomez's Dog, at Least We Can Have Her Incredible Shoes

Selena Gomez was living the life in West Hollywood, toting her dog Winnie for a trip to Cha Cha Matcha with a friend. How casual, how cool! Selena's pup makes such a great accessory, and though we have to admit we eyed Winnie first, Selena's Staud Billie Croc-Effect mules were a close second — and we have every intention of purchasing them. We'll just hold off and put "get new pet" on the top of our wish list for now.

Even though Selena's Staud beauties, which retail for $275, are open-toed, the croc-effect trend is taking hold. In fact, Selena's been wearing this same matching top handle bag for weeks, and we love her clear coordination on this particular afternoon. Selena broke up her brown croc with denim, a Cotton Citizen tee, Missoma chain necklace, and red Celine sunglasses, which accented the shade of her bag and shoes.

We should mention that Staud also makes pointed flats in the same material if you're strictly shoe shopping for Fall right now. But whether you decide to invest in Selena's exact footwear or something similar, don't for a second regret collecting croc-effect this season. Keep reading for a few more angles from Selena's appearance, then pick out your pair. 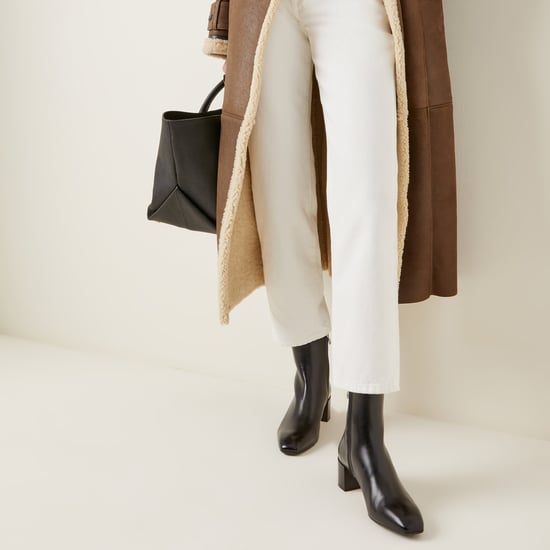